For Fall Winter 2013, designers such as Karl Lagerfeld, Stella McCartney and Tom Ford decided to take on an uncanny & surreal direction for their campaigns. Photographers Mert and Marcus, Pierpaolo Ferrari, and a few of the designers themselves went behind the lens to capture their conceptual and sometimes rather bizarre concepts. We noted 5 of the most in-your-face campaigns, that will without a doubt raise a few eyebrows.

Stella McCartney’s collection was an experiment in oversized coats and massive tuxedos. It wasn’t her usual sexy tailoring and ultra femme fatale style. It did however make a statement of cross gender dressing. Surreal would be the best description for the campaign. Mert and Marcus are known for their portraits of women displaying power and grace, but here the models seem confused in their wayward garments. The campaign made the collection seem a bit lost in translation with the oversized volume and and tailoring that was supposed to be a cross between sexy and androgynous. What is exactly is going on with the protesting school girls by the way? 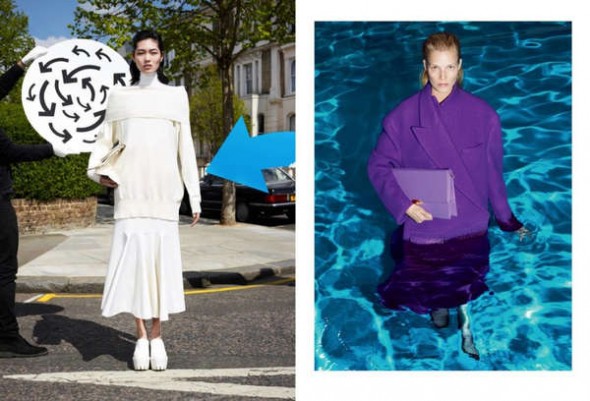 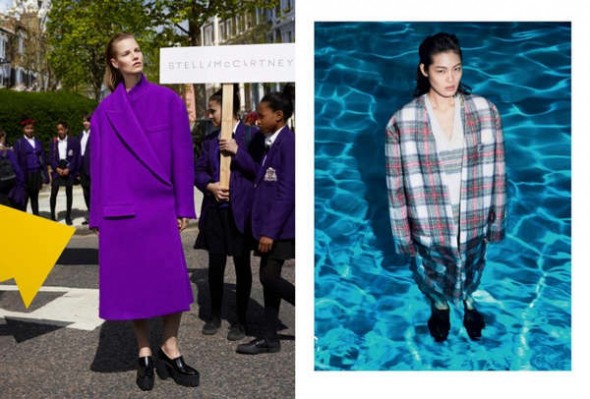 Karl Lagerfeld described his collection as something going “up-to-earth not down-to-earth”.  The campaign looks as if the models are floating in a fashion space station. The collection was inspired by another dream of his that is best explained through his visual execution rather than through words. He created garments made out of embellished wovens making them look modern yet still traditional Chanel. His depiction of the campaign looks like a tea party gone mad which was what he probably dreamt of – on his latest trip to the moon.  The only thing missing is Choupette. 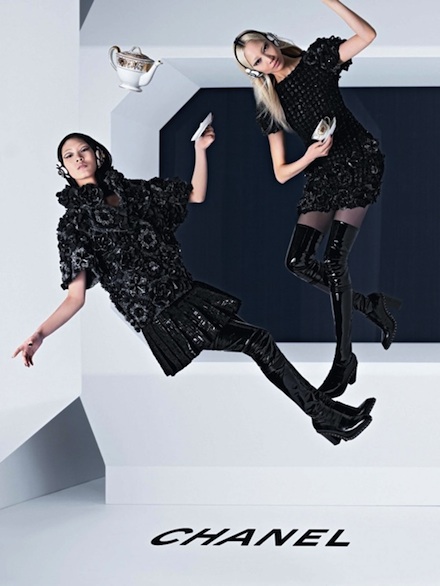 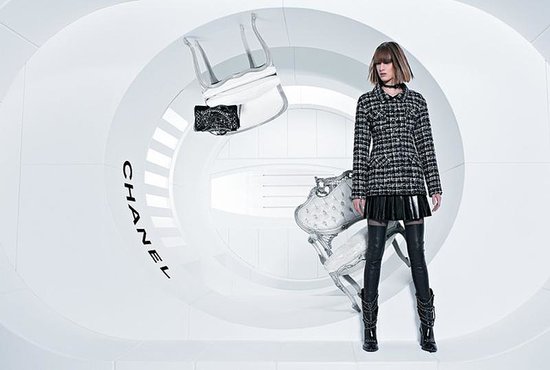 Marc Jacobs’ collection was an array of textures and embellishments that required the reflection of light in order to see his nouveau techniques. He kept the collection dark with patterns, furs, and sequins that shimmered through movement. It was a crossover of the Jazz era and Twiggy with his slinky smocks and peter pan collars. The Marc models had expressions of flaccid fish out of water flipping around in volcanic ash in their silk pajama inspired looks from the runway. The campaign was goofy yet still sparkled in an unprovocative way which was surely what Jurgen Teller intended. 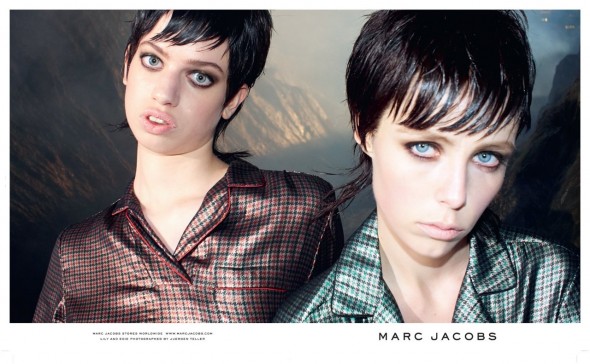 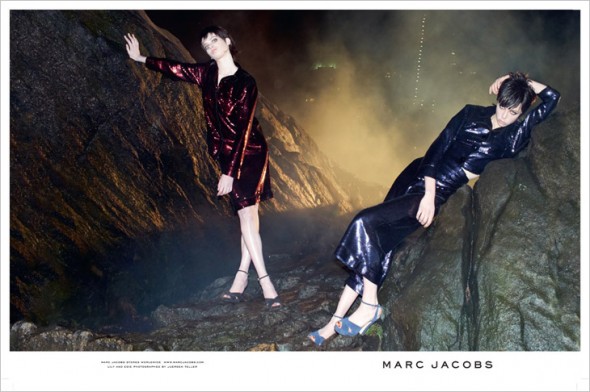 Kenzo’s tailored collection was taken over by a whirlwind of colors, prints, and logos inspired by designers, Carol Lim and Humberto Leon’s trip to India. The clothes had clean cut tailoring with rounded shapes resembling cool lab coats and suits made for a stylish exploration. Kenzo commissioned Toilet Paper Magazine to do the campaign for them, shot by photographer Pierpaolo Ferrari.  Using his signature art style, he created a surreal playground – further emphasizing the visual parade. The larger than life imagery was baffling but at the same time made sense with Kenzo’s eclectic collection. Mini voodoo dolls and flying hand models were certainly out of the ordinary ideas coming from this traditionally rather classic brand. 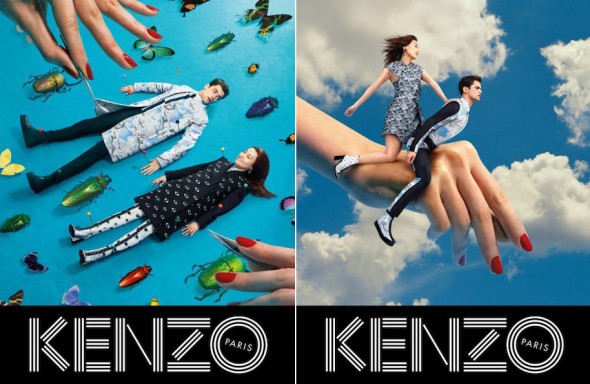 Tom Ford’s collection was a cross-cultural mix of hype that would be in demand by all the young fashionistas ready to spend their entire savings. It was OTT on animal furs, native prints, and pop art. Tom Ford depicted a modern Cruella Deville that would appeal to the fashion frenzied bloggers who wear crazy ensembles themselves. His campaign ultimately recreated the “blogger” look by giving us an excessive amount of the flashy and flamboyant styles through Willy Wonka’s lens. The spectacles finished off the look of front row wannabes.  Tom Ford himself was behind the lens for this campaign following in the steps of the past several seasons that he has taken over the photo direction for his brand. 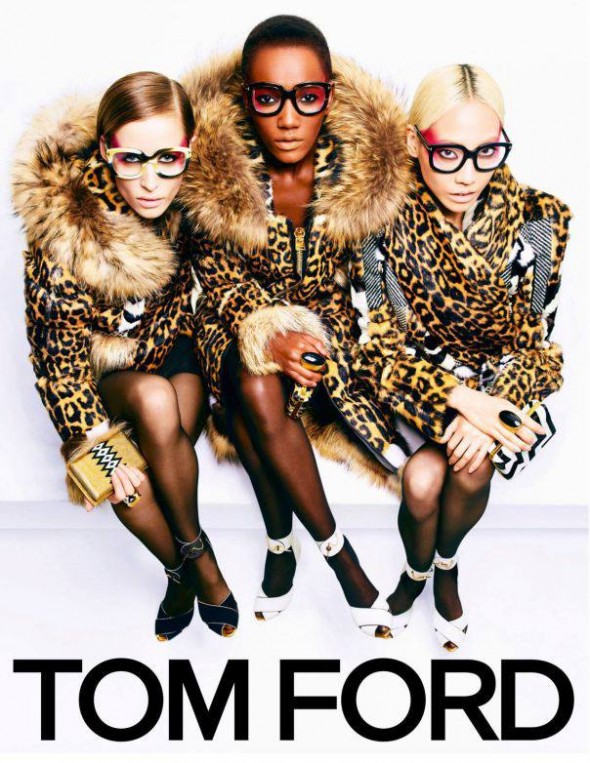 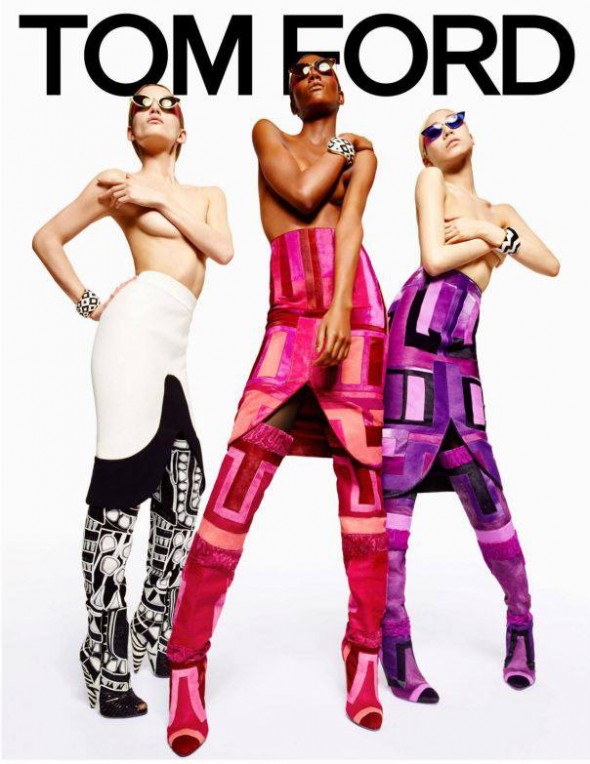 0
The Untitled Magazine August 7, 2013
No Comments Yet