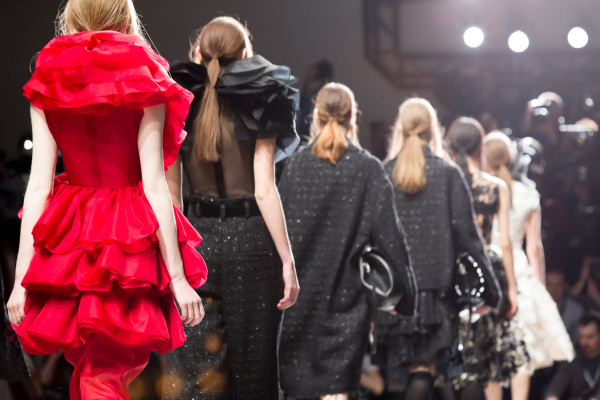 The runways of London Fashion Week held their own after following a week-long presentation of shows by designers in New York City. The Untitled Magazine highlights trends to watch out for this coming Autumn / Winter straight from the London catwalks. 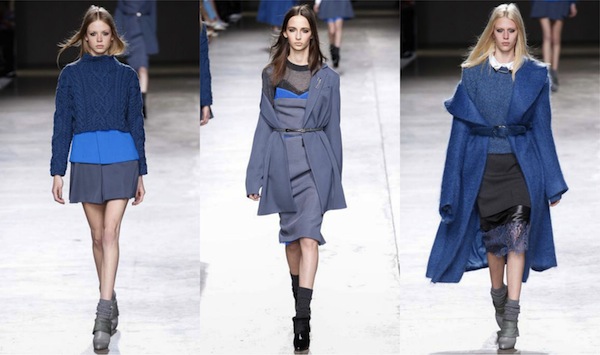 50 Shades of Grey is officially a thing of the past with 50 shades of blue having hit the catwalks all over London Fashion Week. It’s very apparent that this coming Fall will be full of pale, bright and navy blues as seen during the Topshop Unique show (above). 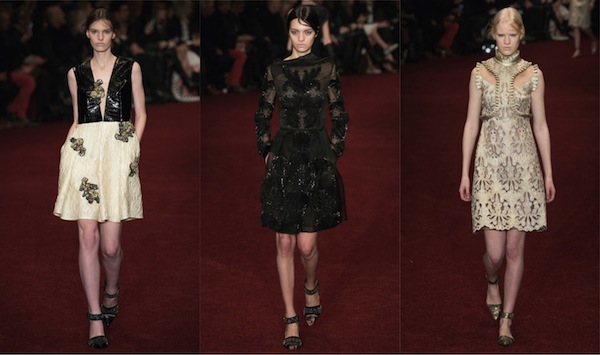 Erdem brought embellishment to an entirely new level in London. Embellishment is a trend that has been popping in and out of the fashion world since the 50s and is officially back for this coming Fall! 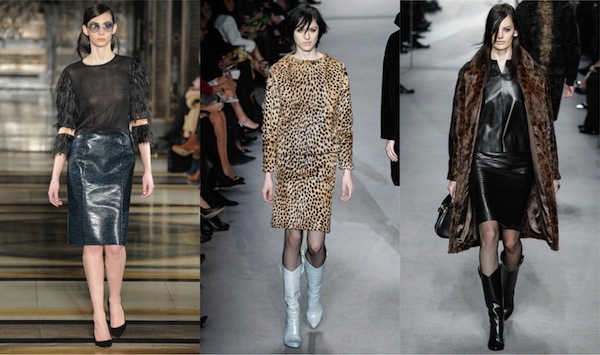 We saw fur on the runways of New York Fashion Week and the trend carried itself across the pond to London. Not only did we see fur during London Fashion Week, we also saw animal skins, prints, and leathers. 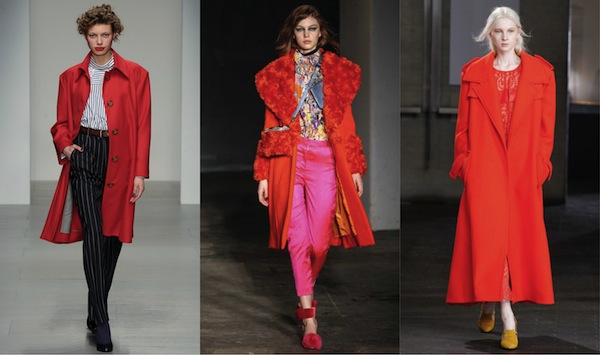 Following a massive spew of pink in New York, London gave us reds for the Fall. We’re still on the fence about the pink trend but we fully plan on committing to these gorgeous hues of red. 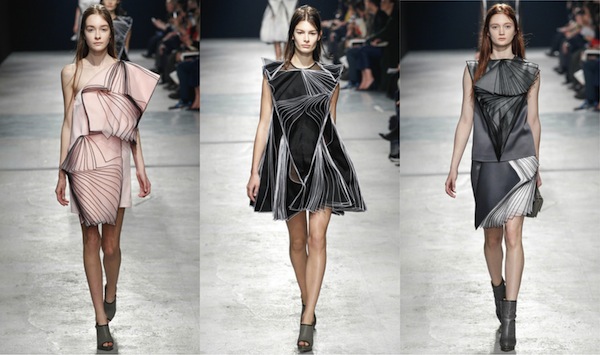 We were given a lesson in geometry at Christopher Kane’s show in London. The designer, along with several others, used geometric patterns liberally throughout his collection – which leads us to believe that the theme will be everywhere this year. 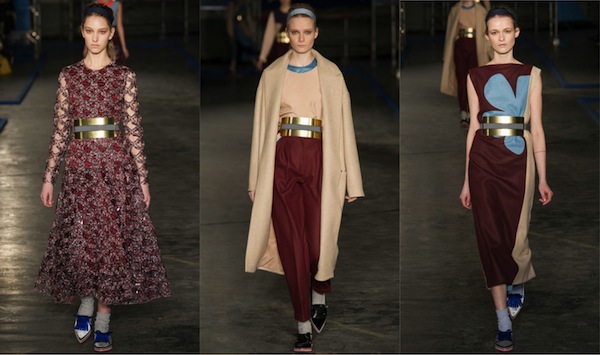 Roksanda Ilincic presented one statement belt worn with 70% of her collection. Statement pieces are always and should always be a staple piece for every season, so take a cue from London and pick up a statement belt to pair with different looks! 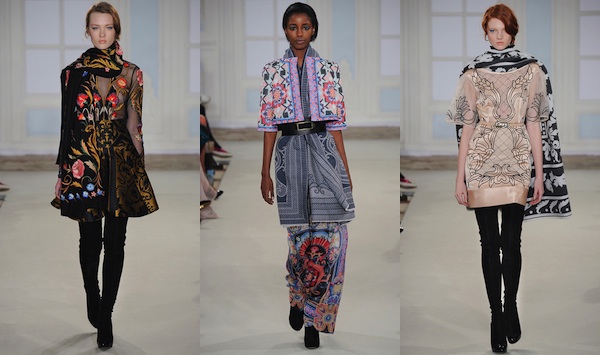 Mixing and matching prints was a hit on the catwalks in London this year. Temperley nailed the mixed prints trend by showing edgy, urban, and feminine ways to achieve the look.

Check out some of the shows from London Fashion Week below:

Don’t forget to check out the 7 trends spotted on the runways during New York Fashion Week!