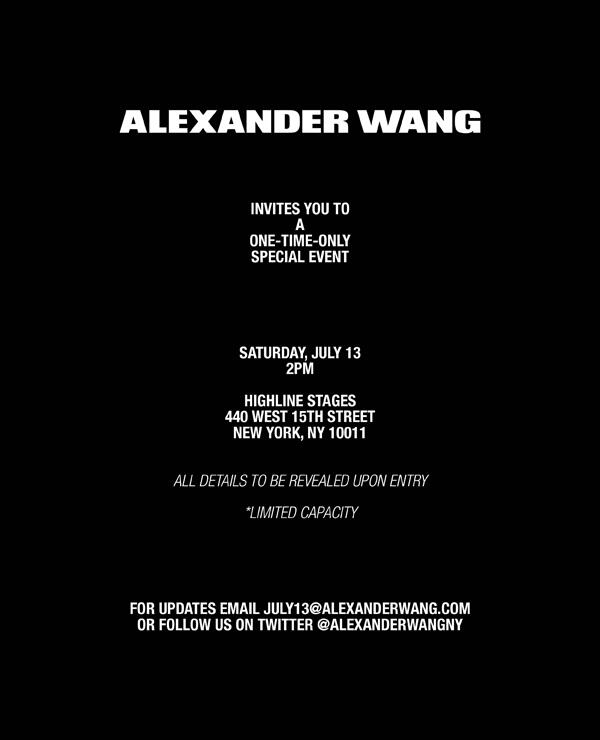 On Saturday July 13th at Highline Stages in Manhattan’s Meatpacking District, Alexander Wang invited his twitter followers to a top-secret one-time-only special event. The attendees – New York’s interns, assistants, and dedicated Wang enthusiasts – were given no further details yet media sources around were buzzing in an attempt to see who could guess the secret event.

The great reveal, which took place around 1:45pm, was a showroom filled with Wang’s latest T by Alexander Wang collection. Everything was for the taking, everything was free. Whatever you could make it out of the showroom with, was yours to keep. Attendees described their emotions as anywhere from terrified and demoralized to exhilarated and overjoyed. The highlight of the frenzy, was an appearance from the man of the hour (or rather, 10 minutes), Alexander Wang.

Check out some tweets and photos posted on Twitter from the event: 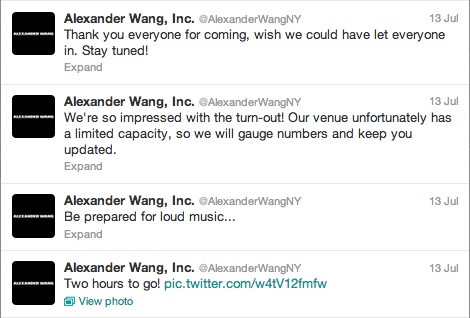 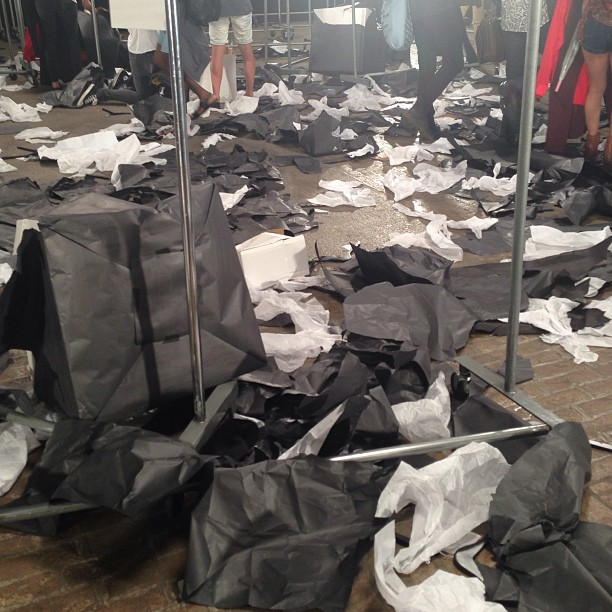 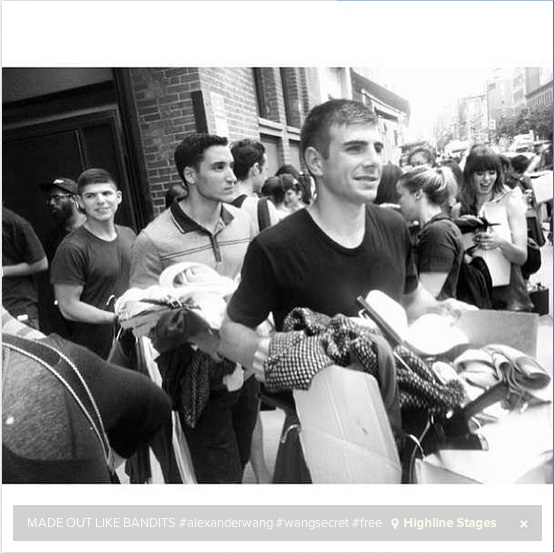