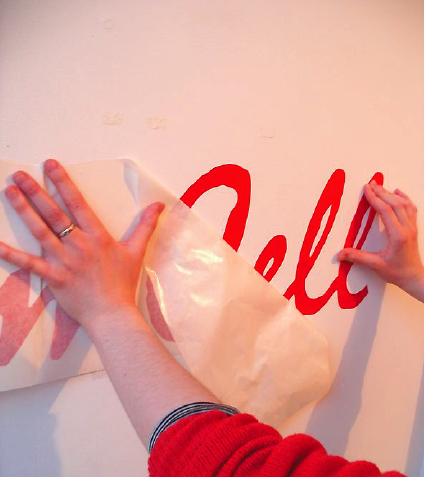 Entitled Back to the Docks

Since the late 1990s, Michael’s work has appropriated not only images but also techniques of representation from a wide

range of sources, including the realms of fashion, cinema, advertising, and design, as well as art history. By juxtaposing

imagery from banal, disparate sources, and systematically repeating the same image with slightly varied palettes and

compositions, Michael takes a cool, detached approach to the act of appropriation. In this way, he shifts the focus of

the work from the subject being depicted to the abstract idea of reference material itself, and the fluctuating values

attached to these found sources by artists, designers, and their audiences.

For this exhibition, Michael has created a new series of paintings and works on paper with a highly personal, internal

circuit of reference points— in the artist’s words, “a secret code.” These works appropriate ideas, rather than images,

and refer to an artist friend of Michael’s who no longer makes art. Michael’s images are based on ideas for works his

friend either made or spoke about making during the course of a nervous breakdown, including paintings of cruise ships,

images of vinyl text, and drawings of people she thought were following her. However, Michael’s works are dramatically

different from how his friend originally conceived them, executed and duplicated in Michael’s characteristic photorealist

style and mode of repetition. Rather than drawing on the imagery of mass media, these new works appropriate

something abstract and interior— ideas, and a state of mind.

Michael’s own practice and past exhibitions. For example, to create the new text paintings on view, Michael remade the

vinyl signage from one of his previous shows and installed it on his studio wall, taking close-up photographs of the text

that rendered it illegible. From these photographs, he painted multiple images of the lettering in real space, capturing

employed, and to the varied text-based works he has made for over a decade. As Michael explains, the show’s title Back

to the Docks “suggests a return to somewhere we’ve been before.”

Michael’s work has been featured in numerous museum exhibitions throughout Europe, including BigMinis: Fetishes of

Maastricht, Netherlands; and The Tate Triennial, Tate Britain, London. In 2008, he was the subject of Mood: Casual, a

Michael lives and works in Glasgow. This is his first exhibition with Marc Jancou Contemporary.