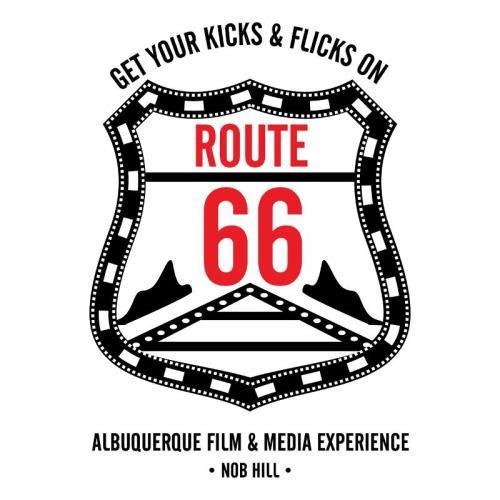 The inaugural week-long Albuquerque Film & Media Experience, scheduled to run June 3-9, is set to take place at venues along historic Route 66 in the Nob Hill neighborhood and downtown.

This groundbreaking and impactful event will be comprised of an Evening with Robert Redford and Robert Lynch, CEO for Americans for the Arts, A Night of Performance Art with Sibylle Szaggars-Redford and David Thor Jonsson, six world movie premieres, more than 80 domestic and international film screenings, over two dozen panel discussions and “intimate conversations” with notable filmmakers and actors from throughout the world, art exhibits at Popejoy Hall, and A Taste of Film at Indian Pueblo Cultural Center.

Created and executive produced by Ivan Wiener and Lainie S. Quirk, partners in Trimecca, LLC, AFME’s vision is to honor the power of film and all storytelling through the arts. Inspired by Sibylle and Robert Redford, the week-long celebration has attracted the participation of many industry leaders and luminaries from both local New Mexico productions and Hollywood. From musician and film director, Thomas Dolby, to actors Wes Studi (AVATAR, LAST OF THE MOHICANS, HEAT), Elizabeth Pena (BLAZE YOU OUT, LA BAMBA), Lew Temple (LONE RANGER, WALKING DEAD), Giancarlo Esposito (BREAKING BAD, REVOLUTION, DO THE RIGHT THING), Steven Michael Quezada (BREAKING BAD); directors Leslie Zemeckis (BOUND BY FLESH) and Joshua Michael Stern (jOBS, SWING VOTE); actor and director Federico Castelluccio (THE SOPRANOS), and many more.

“We are really looking forward to bringing everyone together in the Land of Enchantment,” said Quirk and Wiener. “There’s no better time to spotlight Albuquerque, New Mexico and all we offer in terms of cultural heritage, scenic beauty, the growing film industry and of course, our Historic Mother Road, Route 66.”

The Albuquerque Film & Media Experience is an impactful event for the City of Albuquerque that represents creative achievement in film, music, arts and entertainment. AFME programming includes domestic and international movies, new media, food and art, intimate conversations, panels and time with industry leaders in attendance.

A list of World Premieres schedule for the event:

“Justice Denied”
Directed by Mike Miller and co-directed by Geri Lynn Weinstein-Matthews, “Justice Denied” tells the unwritten and unknown stories of a dozen men and women who have been assaulted in the U.S. Military and are forced to keep quiet. “Justice Denied” will be shown Saturday, June 8 at 6:30 p.m. at the KiMo Theatre, 423 Central Avenue, NW in Albuquerque.

“Circle the Wagen”
Directed by Ryan Steven Green, “Circle the Wagen” tells the story of two friends’ journey on Route 66 aboard a 1972 Volkswagen bus. When the bus breaks down and leaves the two stranded, the friends find safe harbor in teaming with a group of Volkswagen diehards who ultimately help save their bus. “Circle the Wagen” will premiere Sunday, June 9 at 4:30 p.m. at Guild Cinema, 3405 Central Avenue NE in Albuquerque, with a second screening at 7:30 p.m. at The Lobo Theatre.

“Moses on the Mesa”
Directed by Paul Ratner, “Moses on the Mesa” is a short film that tells the real-life tale of
Solomon Bibo, a Jewish immigrant who left Germany in 1869 to seek out his fortune in
America. Through a twist of fate, Solomon becomes governor of the Acoma pueblo in New
Mexico. “Moses on the Mesa” will be shown Sunday, June 9 at 2 p.m. at The Lobo Theatre, 3013 Central Avenue NE in Albuquerque.

“Scene Missing”
Directed by Alex Cox, “Scene Missing” is a documentary showing the interviews of Tomas
Milian, Henry Jaglom, Paul Lewis, Don Gordon and others who talk about Dennis Hopper’s
“The Last Movie,” which has remained unseen by the public. “Scene Missing” will be shown Sunday, June 9 at 2 p.m. at Guild Theatre, 3405 Central Avenue NE in Albuquerque.

“Legend of Love”
Directed by John Quashie and multiple cast members, “Legend of Love” sets deep in the south of the U.S. in the year 1890 when racism and class warfare ruled. Eve, a second generation freed slave, falls in love with Adam, the only son of Jack, a ruthless plantation owner. The story shows how not even death can separate Adam and Eve. “Legend of Love” will be shown Friday, June 7 at 6 p.m. at The Lobo Theatre, 3013 Central Avenue NE in Albuquerque.