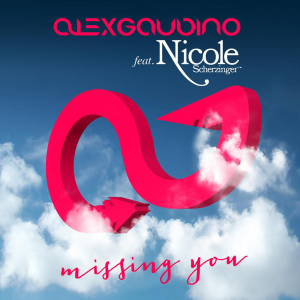 Alex Gaudino releases “Missing You,” a brand-new single featuring vocalist Nicole Scherzinger. As the first single since his album released back in March, “Missing You” was premiered exclusively back in June on Gaudino’s official podcast and radio show called “My Destination.”

Having worked with numerous talented vocalists including Jordin Sparks on “Is This Love?” to the R&B singer Mario featured on “You’re Beautiful,” along with the major global sensation, Jay Sean on “Promise,” Nicole Scherzinger now joins Gaudino’s eclectic roster as she takes the reins using her sensational vocals for “Missing You” to prove her newfound success as a solo artist. “Missing You” has a story similar to Gaudino’s 2010 hit “What a Feeling,” which features Kelly Rowland. Their collaboration resulted in great success as it hit number 6 on the UK single sales chart and dominated radio airwaves everywhere.

In addition to the original track, several remixes for “Missing You” have surfaced from Bottai, Simon De Jano, Alex Guesta and Manufactured Superstars. The track will also feature an official music video directed by Paul Boyd.

Recently, Alex Gaudino has been releasing remixes himself, as he teamed up with Goodfella DJ’s Jason Rooney on a remix of Benny Benassi’s track with John Legend, “Dance The Pain Away.”