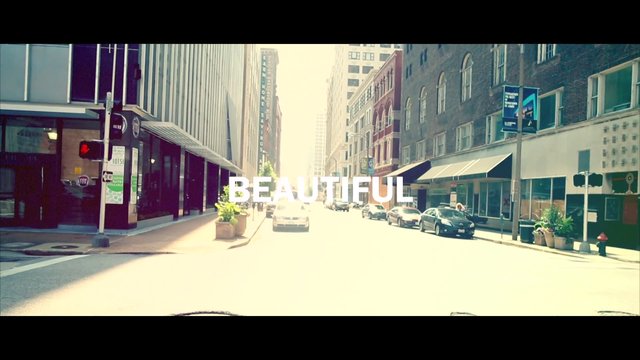 The video trivializes being young and beautiful as a tall blonde girl walks down the city streets literally throwing her scraps to those who glamorize her. Featuring poppy synths and romantic vocals confessing his love for someone this beautiful, the barbie-like model struts her stuff showing the world just how easy it is to be beautiful.