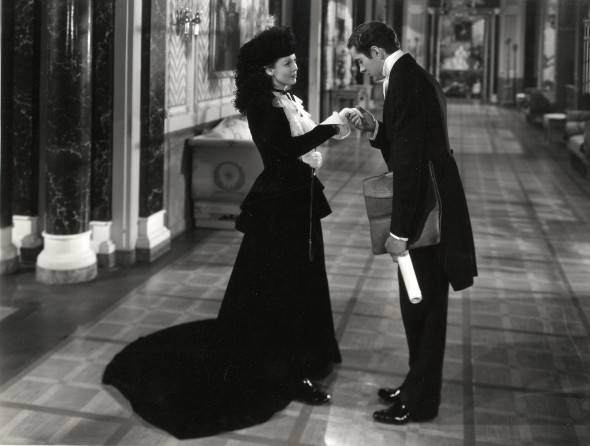 Allan Dwan (1885–1981), dubbed “the last pioneer” by Peter Bogdanovich, had a 50-year career as a director (from 1911 to 1961) that encompasses the history of the classic American movie industry. During that span he made over 400 films, a substantial minority of which survive. The Museum of Modern Art presented a major retrospective of Dwan’s films in 1971, with Dwan in attendance, and while another exhibition was certainly due after 42 years, this series was prompted by the publication of Frederic Lombardi’s definitive study of Dwan’s work, Allan Dwan and the Rise and Decline of the of the Hollywood Studios (McFarland, 2013).
Throughout his career Dwan remained the consummate professional, always fresh and creative, stylistically experimental and playful, and sometimes using his films to deal with personal obsessions and issues. As one critic put it, “Dwan is perhaps our sanest director—yet he is fearless, too, and continually presents something new, never traveling the beaten track in stories or action.” Lombardi’s book captures Dwan’s long journey in unprecedented detail, and this exhibition tries to do justice to the former’s scholarship and the latter’s artistry. There was—and never will be again—anyone like Allan Dwan.
Mr. Lombardi will be present for a book signing at 6:30 on Wednesday, June 5. He introduces The Iron Mask that night, and will return to introduce other films during the series. All films are from the U.S. and directed by Allan Dwan.
Organized by Charles Silver, Curator, Department of Film, The Museum of Modern Art, and Frederic Lombardi.
Special thanks to Dave Kehr, Cullen Gallagher, David Phelps, Gina Telaroli, Mark McElhatten, and Stephen Michael Shear. Prints supplied by George Eastman House, the Library of Congress, The UCLA Film and Television Archive, Martin Scorsese, Eric Spilker, and Ann Harris.