Amanda Knox and her Italian ex-boyfriend Raffaele Sollecito were acquitted of murder on Friday by an Italian court, throwing out all charges, and finally ending a hellish and dramatic court room saga over the 2007 killing of British exchange student Meredith Kercher. Kercher was found dead on the floor of the bedroom in an apartment she shared with Knox in the Italian town of Perugia where the two were studying.

While Knox garnered passionate support back home in America, the ruling reportedly came as a shock in Italy. According to the New York Times, gasps were heard in the Rome courtroom. The mother of Kercher was reportedly upset as well, telling press she was “shocked.” The man whose conviction stands for the murder of Kercher, Rudy Guede, was sentenced in October 2008 during a fast-track trial. Guede was found guilty of sexual assault and murder. He obtained a reduced sentence and is eligible for day release from prison – perhaps adding to Kercher’s mother’s stress.

The deliberation took 10 hours before the presiding judge, Gennaro Marasca, announced the decision. It’s been a tumultuous journey for Knox. Her and her former boyfriend, Sollecito, were found guilty in 2009 and acquitted on appeal in 2011, but the guilty verdict was reinstated in January 2014 which sentenced Knox to 28 and a half years in prison and Sollecito to 25.

It was a case that captivated the world, earning Knox the nickname “Foxy Knoxy” and substantial media attention. In 2013, Knox penned a memoir of her experienced titled Amanda Knox: Waiting to be Heard. 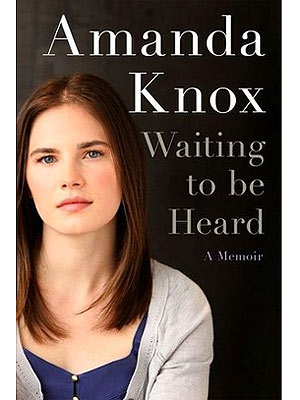 According to her lawyer Carlo Dalla Vedova, Knox will return to a Lo Stivale court to seek compensation for the four years she spent in prison. Italy pays around €12 million each year for the incarceration of those who are later cleared of charges, according to Italian Prime Minister Matteo Renzi via CNN.

This February, Knox became engaged to childhood friend and musician Colin Sutherland. Responding from her mother’s house in her hometown of Seattle, Knox gave thanks to those who supported her innocence, and said “she needed to take time to digest what being free really means.”

THE RUMORS ARE TRUE: GOODBYE TO MARC BY MARC JACOBS