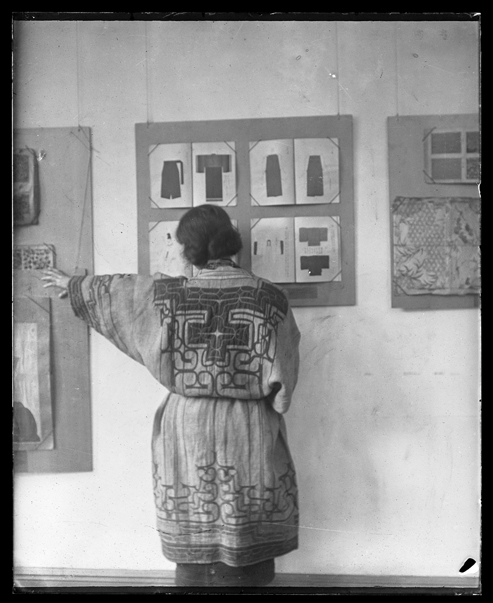 An American Style: Global Sources for New York Textile and Fashion Design, 1915–1928 examines the efforts of the American Museum of Natural History to educate and inspire New York textile and fashion designers during and after World War I. The exhibition will be on view from September 27, 2013, to February 2, 2014, in the Focus Gallery at the Bard Graduate Center: Decorative Arts, Design History, Material Culture.

This exhibition is especially significant this year, as New York celebrates the centennial of the 1913 Armory Show—the seminal exhibition trumpeting the formal, non-representational mode of rendering form that marked the emergence of modern art in America. And indeed, many of the designers who participated in the AMNH’s activities worked in Greenwich Village, the thriving artistic and cultural epicenter of the avant-garde. The embrace by these designers of a more graphic and less representational aesthetic would be a harbinger of American design in the decades that followed.

A fully illustrated catalogue with an extended essay by curator Ann Marguerite Tartsinis accompanies the exhibition. Through advertising, documentary photographs, and illustrations by important designers, the book positions the AMNH project in the broader narrative of early twentieth-century design culture in New York, which includes the roles played by the Metropolitan Museum of Art, the Brooklyn Museum, and the Newark Museum. Utilizing an extraordinary trove of previously unpublished negatives in the AMNH Special Collections Archive, two photographic essays punctuate the catalogue.