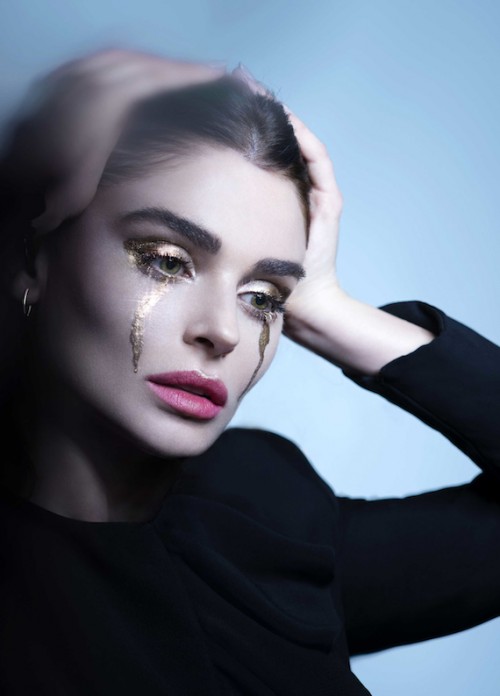 British born, American based artist ARO (aka Aimée Rachel Osbourne) unveiled the video for her debut track “Raining Gold.” The video was directed by Spencer Susser (who helmed Lana Del Rey’s “Summertime Sadness” and the 2010 Sundance favorite “Hesher”). “Raining Gold,” the single, released on Thursday, March 5th and serves as a taster of what’s to come from this mysterious solo artist who’s currently working on her debut EP.

ARO (pronounced “arrow”), is a singer and songwriter who, at age 16, shunned the family spotlight and embraced anonymity in pursuit of an authentic musical career of her own. She’s the daughter of Sharon and Ozzy Osbourne, but decided not to be featured on their reality show, “The Osbournes.” “It’s natural to want to rebel against what your parents do,” explains Aimée. “Once I accepted music was my path, I rebelled by wanting to do it my own way. I also didn’t think it was respectful to my father’s career and creativity to assume that I could jump on the back of all he had worked his entire life for.”

Clearly, her love of the avant-garde, dark, and cinematic music paid off. With a forthcoming EP in the works and a tour soon to be announced, ARO’s sultry, striking voice is revealed with her haunting ballad “Raining Gold.”

Watch the Video below: