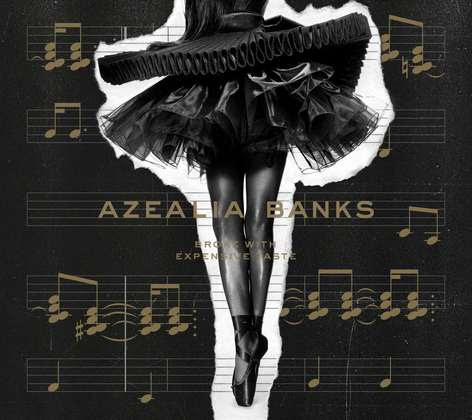 Azealia Banks has finally released her long-awaited debut album, Broke With Expensive Taste. Her fans have been waiting since before 2012, when she revealed the title of the album. Through all kinds of delays and production problems, the album was released by surprise on November 6th, 2014. Banks hinted Tuesday at a “magic trick” on Twitter giving fans a little more notice than Beyoncé did with her album.

Azealia Banks became famous after her hit single, “212,” a rap track, which won Best Single at the Urban Music Awards. She was hailed as the next great female rapper, and noted for her rapping speed as well as the popular catchy sound of her music. With an EP and a mixtape under her belt, Broke With Expensive Taste is the rapper’s first full length album.

Her free use of the word, “cunt” has caused some controversy, especially in “212” where it is used more than ten times. But she has stated that it isn’t meant in a bad way: “To be cunty is to be feminine and to be, like, aware of yourself. Nobody’s fucking with that inner strength and delicateness.” She refers to herself as the “cunt queen” in her song, “Fierce,” and calls her fan base the “Kunt Brigade.” She has also been plagued with other media controversies, which may have contributed to the album delay, but now that the album’s out, any controversy will be forgotten at the impact of the new album.

Click here to buy the album now, and watch Azealia’s teaser video for her single “Chase” below: