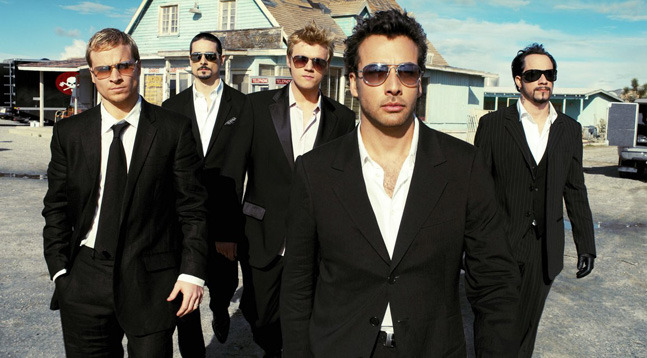 The Backstreet Boys had an amazing year in 2013 – the band celebrated 20 years of hit songs, record-breaking sales and massive sold-out world tours. To end the year on the same high note, AJ, Brian, Howie, Kevin and Nick are taking over VH1’s Big Morning Buzz Live this week. The band will be doing interviews, playing games with host Carrie Keagan and will have daily performances of their new and classic hits.

The Backstreet Boys will also be performing at this year’s Christmas In Washington annual holiday special. Christmas in Washington – which airs on December 20th on TNT – is a holiday tradition which benefits the Children’s National Medical Center, and is attended each year by the President and First Lady.

Earlier this month, BSB partnered with Facebook for the world premiere of their music video for Show ‘Em (What You’re Made Of). The launch was a huge success for the band, gaining incredible feedback from both fans and critics. Within the first 24 hours, the video reached 2 million views.

Following their massive success garnered from their single, The Backstreet Boys will be kicking off their European tour in February.