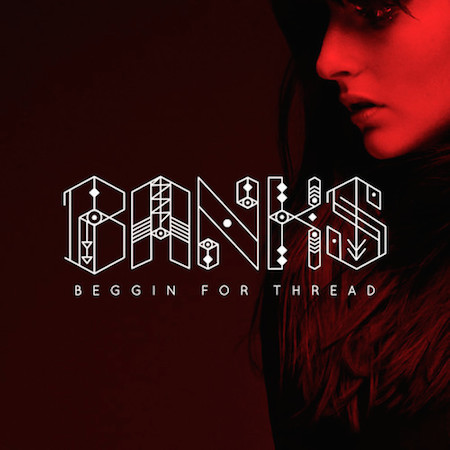 Banks has revealed a new single “Beggin For Thread” that premiered today on VEVO.  It was created by graphic designer Kate Moross, who also designed the singers’ debut album cover for Goddess (out September 9th via Harvest Records). Visually, the video fittingly plays off of Banks’ LP artwork, using a black and red color scheme with Banks’ signature logo. “‘Beggin For Thread’ is about embracing your scratched edges,” the singer explains. “At times I feel crazy, but I wrote this song because sometimes I like that feeling.”

According to Hype Machine’s mid-year Zeitgeist, Banks has been named “2014’s Most Blogged Artist in the World.”  Previous artists who have topped this mid-year chart was Disclosure in 2013 and Grimes in 2012.  See the video for “Beggin For Thread” below.

THE GODDESS TOUR 2014:
For tickets, visit Tickets Now and get up to 10% off, or visit Ticketmaster.