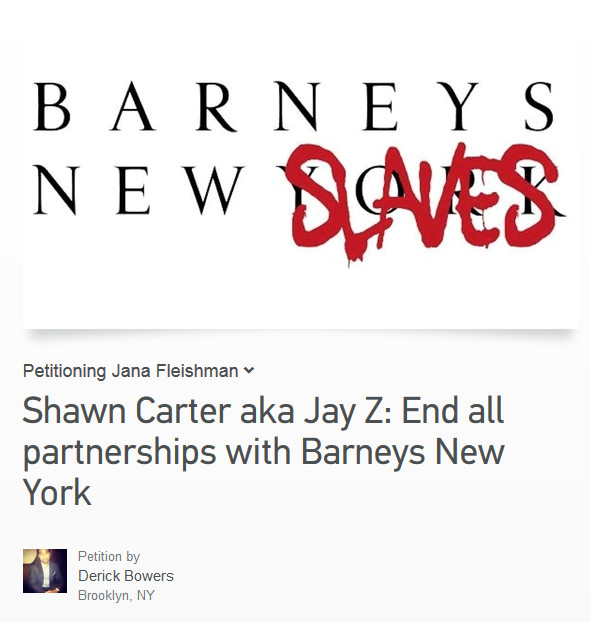 After riding high on the critical and commercial success of Magna Carta Holy Grail, Jay-Z faces sudden and intense controversy. A Change.org petition demands an end to the hip-hop legend’s business relationship with Barneys, in solidarity with victims of racial profiling within Barney’s New York. The petition was created by fellow Brooklyn native Derick Bowers, and bears over 16,000 signatures as of press time.

The controversy was sparked on Tuesday when The NY Post and NY Daily News reported the arrest and subsequent release of 19 year old engineering student Trayvon Christian. Two undercover NYPD officers arrested Trayvon after he purchased a 350 dollar belt at Barneys. The officers accused Trayvon of paying with a fake debit card, despite him presenting the card, his receipt, and his identification. The teen is suing both Barneys and the NYPD after allegedly being held for two hours after the officers were called by the Barneys clerk.

The Change.org petition also cites a history of similar behavior by Barneys. Bowers depicts the experience of young black woman Kayla Phillips, writing “Kayla says that she was surrounded by police and questioned after she purchased a handbag from the store. She was also incorrectly accused of using a fraudulent card.”
As a vocal critic of racial profiling in both his lyrics and interviews, the incident places Jay-Z in a difficult position. The rapper’s satirical depiction of a racially motivated traffic stop in the 2004 single “99 Problems” remains in the public memory. Derik Bowers describes himself as “a lifelong Jay Z fan,” and writes “without his vast wealth and brand power, they would see him the same as they see Trayon Christian.” The petition calls for Jay-Z to sever ties with Barclays in order to send a message for the black community.

On Thursday, Barneys New York CEO Mark Lee released a statement offering “our sincere regret and deepest apologies” and describing “zero tolerance for any form of discrimination.” Lee also announced plans for internal change, promising “a thorough review of our practices and procedures as they relate to these matters to ensure that they reflect our continued commitment to fairness and equality.” The public response to Lee has been skeptical.
On Saturday, Jay-Z countered media and fan pressure for a response with a statement on his personal website. “I haven’t made any comments because I am waiting on facts and the outcome of a meeting between community leaders and Barneys. Why am I being demonized, denounced and thrown on the cover of a newspaper for not speaking immediately?” Jay-Z writes, expressing a notably measured attitude in a controversy characterized by immediate reactions. He notes that profits from the partnership go to charity supporting higher education for disadvantaged students. “I am not making a dime from this collection; I do not stand to make millions, as falsely reported.”

The artist faces a difficult choice in the face of mounting media scrutiny. Whether he treats Trayvon’s treatment as an isolated incident or ends his charity’s relationship with Barneys, his position in the public eye as a pillar of the black community is at risk 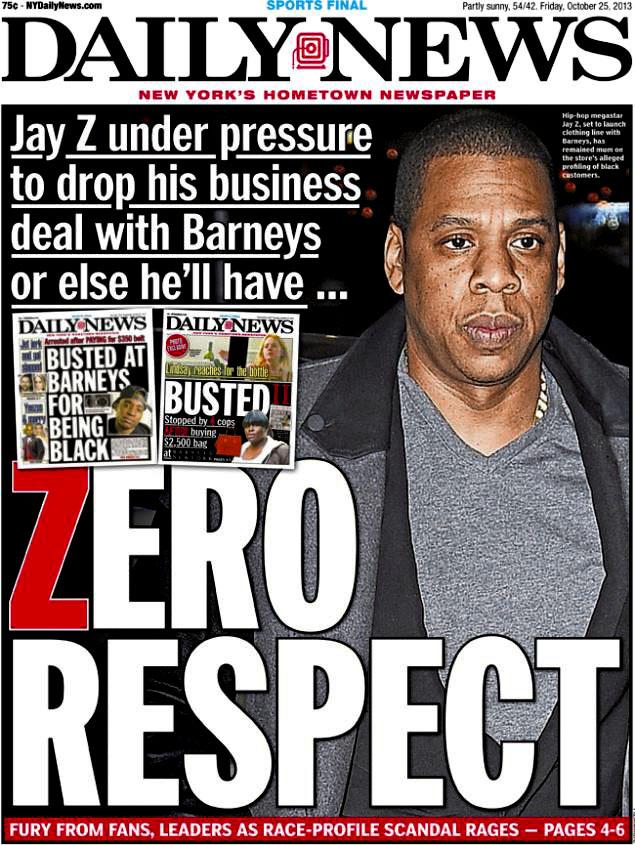 The community response to alleged racial profiling by Barney’s employees has expanded from the online petitioning to live protests. On October 30th, protesters outside the store displayed signs ranging from “Stop Racical Profiling Now” to “No Shop And Frisk.” The latter slogan reflects the atmosphere created by the NYPD’s Stop-And-Frisk policy, which has also been severely criticized for isolating black New Yorkers. As anger towards the retailer intensifies, Jay-Z remains set to premiere a new fragrance through Barney’s NY. 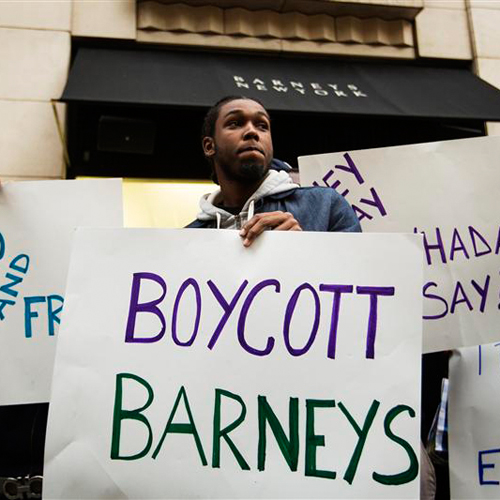 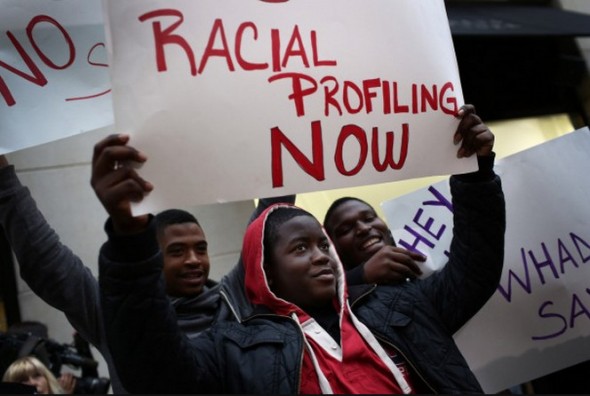