MAC Cosmetics has released a special behind the scenes video for their up coming collaboration with Gossip frontwoman, Beth Ditto.  The collaboration has had the makeup world buzzing since its announcement in January and now, with the first images being released, that buzz is growing into a full on roar. The partnership is a no-brainer considering Ditto’s passion for applying bold, graphic, precise makeup, both on stage and in everyday life. Since Gossip rose to fame in 2006, Ditto has become a plus size, avant-garde fashion and makeup icon, even opening the Jean Paul Gaultier Spring 2011 runway show. The collection is set to officially hit stores on July 7th with a line of twenty-five items in bright colors, featuring nail polish, lipstick, multi-colored mascaras, and fake lashes.  Standouts from the collection include Vagabondage, an opaque violet nail polish, a neon orange lipstick called Booyah!!!, and a polka-dot face powder called To The People. Ditto’s line will also debut a new product from MAC, their Shade & Smoke eye duo, a dual-ended wand with a eyeshadow stick on one end and complementary liner on the other.  Beth Ditto for MAC has the neon brights and quirky pastels that will be just perfect for all those late summer nights. 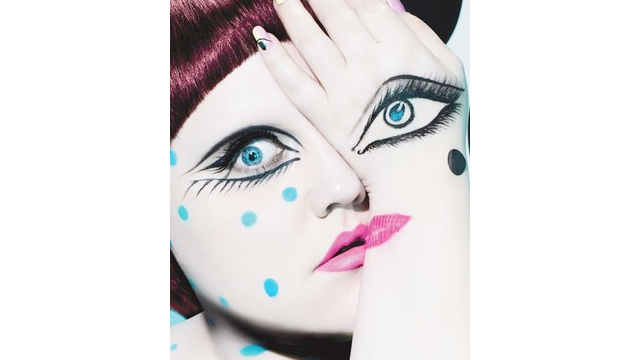