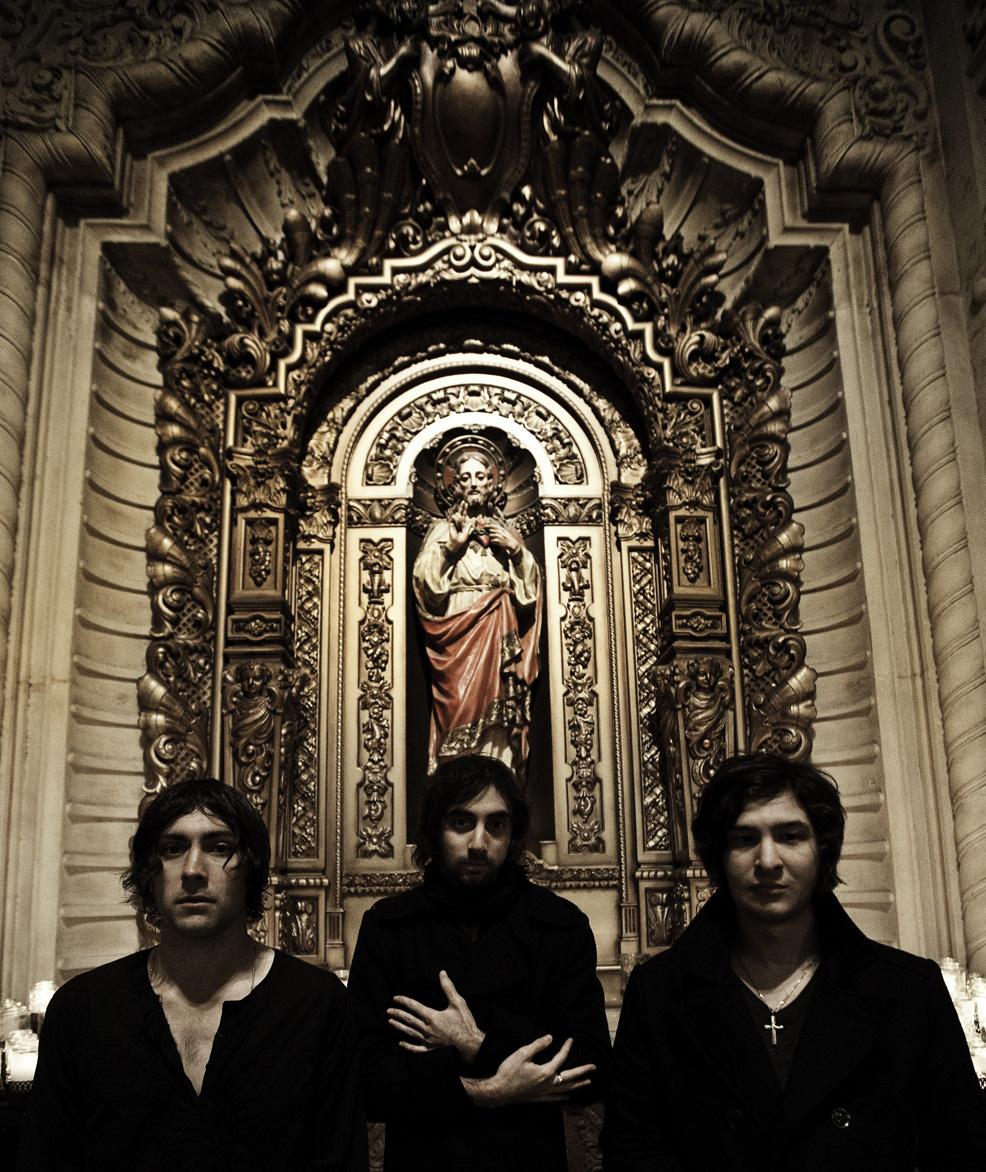 Los Angeles-based indie rock band Beware of Darkness are set to release their debut album, Orthodox, on May 7 via Bright Antenna Records. Along with the pre-order, an instant download of the album’s new single, “Howl,” is available as well. The pre-order of the album comes in advance of the band’s upcoming appearances at this year’s SXSW Music Festival in Austin, TX next week. The band, who is currently featured as this month’s “Discover and Uncover” artist at I Heart Radio, will be performing at two Bright Antenna Records parties at both the Soho Lounge on Sixth and Blackheart on Rainey Street on Friday, March 15.

Recorded at the Sound Factory and Valley Recorder in Hollywood, CA, executive produced and mixed by Dave Sardy (Oasis, LCD Soundsystem, Nine Inch Nails), and produced by Greg Gordon and frontman Kyle Nicolaides, Orthodox proves itself to be a sensuous experience – aimed somewhere between the gut and dirty dive bar – but death, and its implications for the living, is wrestled with on nearly each of the album’s twelve blistering tracks. Anticipation for the album has been building since the band released their beloved Howl EP last year that earned instant acclaim and launched the single “Howl,” a song that has already hit Top 40 Rock Radio with over 26 stations playing it in regular rotation. Additionally, the band will be featured as “Artist of The Month” on all Clear Channel radio station homepages in March.

“The working title was Bleak but it eventually became Orthodox,” reveals Nicolaides of his band’s long-awaited album. “I kept writing that word down in my journals. The first half means right and true, the second half means belief. I think the record is a lot about that too – about coming into awareness.” Lyrically, Nicolaides cites literary influences, Sylvia Plath, Emily Dickinson, and David Foster Wallace. He delivers scathing lyrical content in a snarling howl tackling subject matters of depression, chaste women, pedophile priests, and post-modern paranoia. Incredibly potent and precise, these are lyrics are meant to evoke reactions.

2013 is set to be a busy year for the members of Beware of Darkness – Kyle Nicolaides (vocals, guitar), Daniel Curcio (bass) and Tony Cupito (drums) – with “Howl” continuing to climb the alternative radio charts as well as forthcoming appearances in the US, UK and Europe. Having already shared the stage with the likes of Social Distortion, Middle Class Rut, Deftones, Stone Temple Pilots, Hollywood Undead, The Wombats, Metric, Tegan and Sara, and Youngblood Hawke, the band will add more names to the list with performances on the Vans Warped Tour, a string of radio station-organized festivals, SXSW and a tour through Europe.