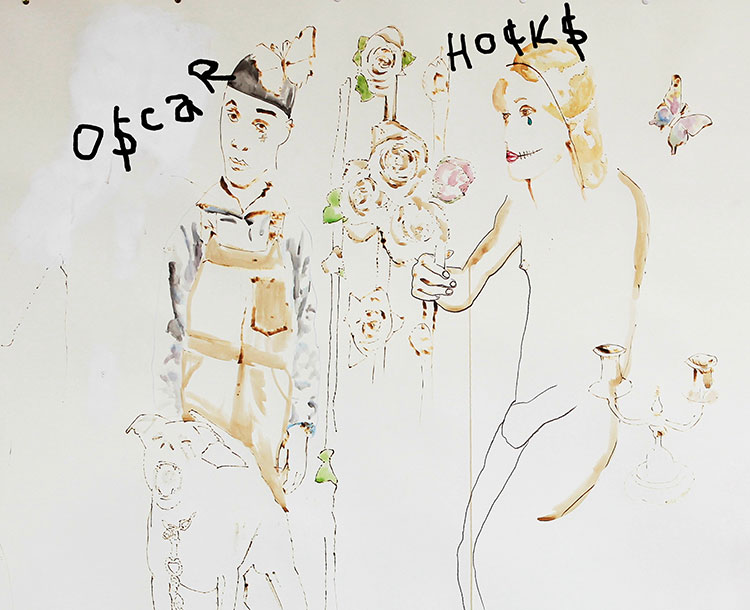 CocoRosie member, Bianca Casady, who was featured in The Untitled Magazine’s #GirlPower Issue 8 is gearing up for the January 29th release of her debut album, Oscar Hocks. Made in collaboration with her band, the C.i.A., the LP is an invitation to journey into a series of mysterious realms, each one hosted by a different outcast character. Haunted, like an abandoned theater, a cabinet of curiosities, the music is delicately layered and fragmented to build a space for small happenings. An abused violin sounds like the closing of an asylum door, a wonky 70’s organ drones the crossing of a wide river, a hundred year old, untunable piano, and a rusty pianist with big hands brings us to a smokey juke-joint in a swamp with a train rolling right through. Over the gentle rhythms of hand claps and metal spoons, with harmonies sung innocently out of tune, Bianca’s child-like voice, hovers in layers of a nonchalant girls-choir. With desert highway, blues guitar licks, often voicing the devil, she interweaves eery childhood memories with archetypical fairy tales, embracing the aspects that are “too dark, too scary” for the surreal-pop world of CocoRosie that she created with her sister Sierra. 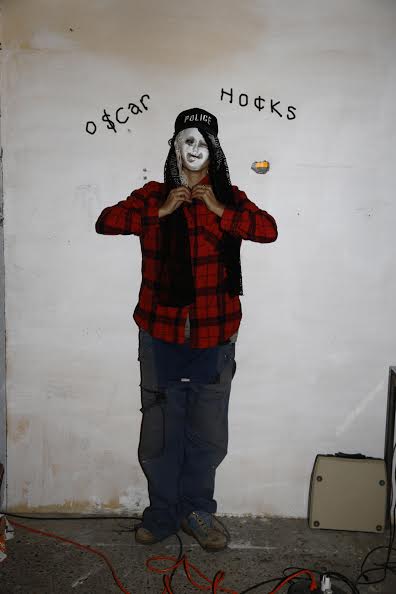 Two singles off of Oscar Hocks—“Poor Deal” and “Roadkill” have recently released. The video for “Poor Deal” was directed by J.M. Muellan, a long time collaborator and part of the band. “Roadkill” is directed by Cassady herself. Earlier this month, Bianca Casady and the C.i.A completed a 22-date tour across Europe of a musical-performance project titled “Porno Thietor”. With dancer/choreographer Biño Sauitzvy, the characters from her record were embodied in broken-doll like dance, illustrating the narratives in the songs and exploring the lines between theater and ritual. Casady performed from the shadows shifting the paradigm of the singer facing and entertaining the audience.

Watch the video for “Roadkill” below.