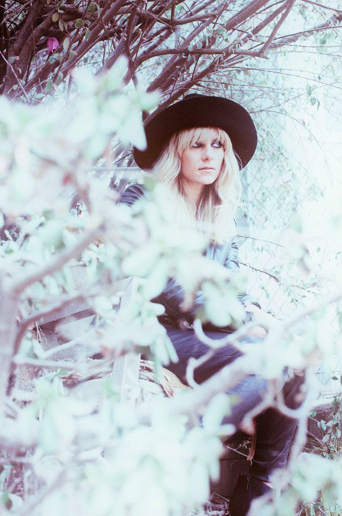 Los Angeles-based Blondfire have announced the release of their new album, Young Heart, on February 11, 2014 on Tender Tender Rush. Young Heart is the band’s first full-length album since their 2008 indie release My Someday. The set was mixed by Wally Gagel (Muse, Folk Implosion, Family Of The Year, Best Coast). The album was self-produced and most of it was written and recorded at guitar player Bruce Driscoll’s home studio and Hollywood’s historic Wax Studios (formerly TTG).

In the interim since the release of their last record, the band has developed a following through tours with Awol Nation, Foals, and Surfer Blood; festival plays at Lollapalooza, Firefly, and Summerfest; and radio airplay from several taste maker stations nationwide. Singer Erica Driscoll can be heard on the new Avicii record. She and brother Bruce co-wrote “Liar Liar” with the artist when he sought them out for their lush indie sound.

Blondfire became the first unsigned act to hit the #1 spot on the iTunes Alternative chart and one of very few unsigned bands to be added to the Sirius Alt Nation playlist, on the strength of the evocative, bouncy “Where The Kids Are” and its arty video. “Where The Kids Are” is the lead single from the new album and was released earlier this year.  They were recently featured in The Untitled Magazine‘s Music Issue 6, on sale now in our online store.