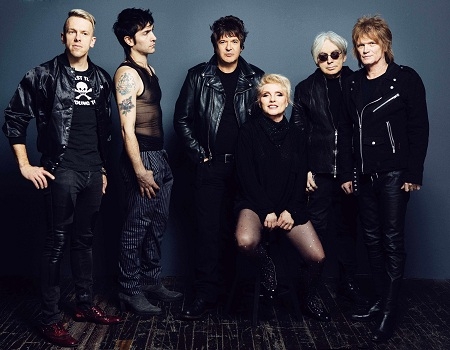 Blondie, the pioneering new wave and punk band of the 70s, is still going at it, proving the good doesn’t always die young. Their newest album, Ghosts of Download, was released in May 2014 in a 2-disc package titled Blondie 4(0) Ever in reference to their 40th anniversary as a band. Following their worldwide tour celebrating that release in February 2014, Blondie has just announced another tour, this time of North America, kicking off June 27th at New York City’s Madison Square Garden and hitting select cities and music festivals through the end of July.

The band will be sharing the stage with legends such as Morrissey, Joan Jett, and Melissa Etheridge throughout the one-month run. Blondie themselves are nothing short of legendary, with their genre-mixing music at the forefront of the hip-hop influence on current songs, and they haven’t stopped experimenting with their musical style. Debbie Harry, Blondie’s front-woman, mentioned in her interview with The Untitled Magazine that they were using some Latin influences in their new songs.

The tour announcement comes on the heels of Debbie Harry’s recent sold out, ten-night residency at the historic Carlyle Hotel on NYC’s Upper East Side. For more information on ticketing, please visit Ticketmaster.com. Dates for their upcoming North American Tour are below: