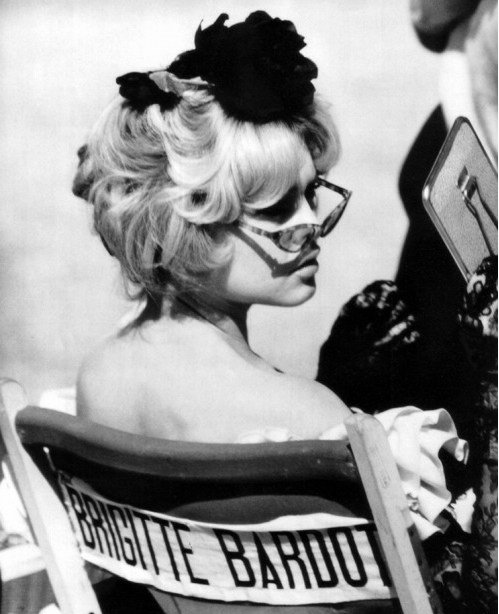 Since Brigitte Bardot became an international six symbol in the early sixties, she has always inspired fashion designers.  But it wasn’t until 2012 that the French cinema icon got her very own eponymous clothing line.  Last July, the 77-year-old actress signed a licensing agreement with the company Ternay, along with other investors, allowing her name and likeness to be used for the first time on clothing.  The Brigitte Bardot label not only utilizes her name and image, but attempts to capture the quintessential style of the sixties starlet in its designs.  For the next collection, fashion director of the label, Sarah Ohana, asked a number of  artists, fashion insiders, and personalities to design one-off items for the collection, the proceeds of which will all go to charity. Maria Luisa Poumaillou, an influential Parisian retailer, reinterpreted Bardot’s black leotard and skirt from “And God Created Woman,” while Viviane Blassel, a French radio and television host, tackled the gingham dress from the same film.  Other pieces in the collection will include designs by graffiti artist André Saraiva, designer Tara Jarmon and vintage dealer Didier Ludot.  A sale of these one of a kind items was held on May 22 at the department store Le Printemps Haussmann in Paris, with French actresses Virginie Ledoyen and Karine Viard in attendance. Proceeds from the sale were donated to the Brigitte Bardot Foundation for the protection of animals. In addition to these one-off pieces, the Bardot fashion label has also teamed up with the high-end French store, and recent West Village transplant, Maje to create five limited edition t-shirts featuring the actress, which have been available in stores since April 1. 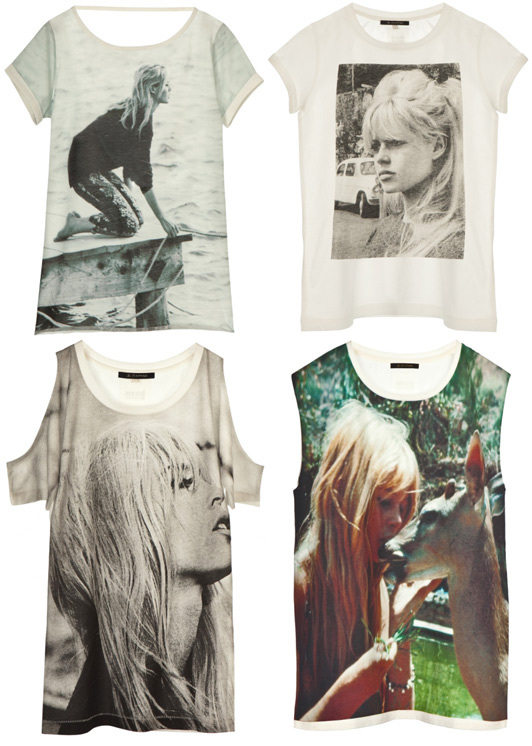