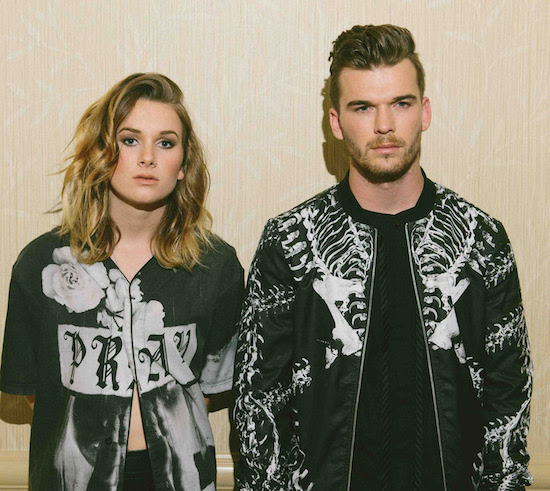 In addition to the release of Evergreen, the band has also been nominated for three awards at this year’s Vodafone New Zealand Music Awards: Single of the Year, “Bridges”; Breakthrough Artist of the Year; and the People’s Choice Award. The pair will perform at the award ceremony on November 20 in New Zealand.

To punctuate the wrap of their successful tour, and to celebrate the official release of Evergreen, Broods played a massive headline show to a sold-out house at the El Rey theatre in Los Angeles Monday, October 13, 2014. Mid-concert the crowd showed their support for the new LP by posing for a photo with the duo while donning the cover-art for Evergreen, which was inspired by wolf masks.

Watch the video of their live performance of “Four Walls,” accompanied by lyrics below:

DEATH BECOMES HER @ THE METROPOLITAN MUSEUM OF ART