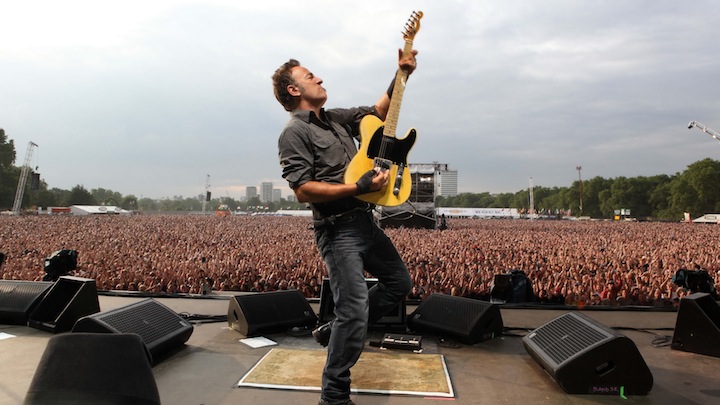 Bruce Springsteen will be releasing his 18th studio album on January 14th. Although High Hopes plays as a sequel to his 2012 album Wrecking Ball, Bruce gives us a more upbeat, cheerful vibe than fans received on his previous record. The New Jersey rocker has remained true to his passion for great music, as well as his faith. Over the past several years we’ve seen Bruce transform on stage – no longer does his audience get a sense of angst but rather a sense of hope from the 64 year old.

High Hopes includes several songs featuring the late Clarence Clemons, who passed away in 2011, as well as Danny Federici, who passed away in 2008. The album was recorded in New Jersey, Los Angeles, Atlanta, Australia and New York City and is what Springsteen calls “some of our best unreleased material from the past decade.” The 12-track album is available for pre-order through Amazon.

Bruce will also be taking a new approach to the promotion of his album – three tracks, including the title track “High Hopes”, will premiere on the CBS sitcom The Good Wife on January 12th, two days before the album will be available for purchase. CBS will also offer a free stream of the album on January 5th via their official website.