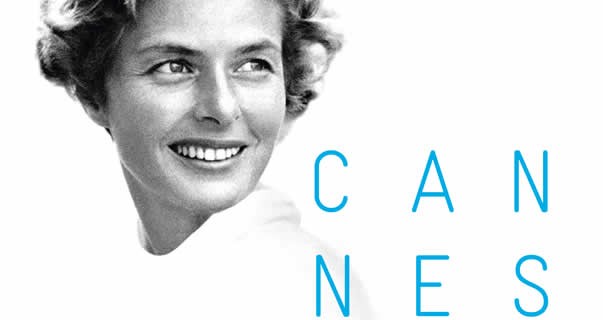 The 68th annual Cannes Film Festival is scheduled to be held from 13 to 24 May 2015. The face of this year’s festival is Hollywood star Ingrid Bergman. She was a modern icon, an emancipated woman, an intrepid actress, and a figurehead for the new realism. She changed roles and adoptive countries as the mood took her, but never lost sight of her quintessential grace and simplicity. This year’s poster captures the actress, who worked with Alfred Hitchcock, Roberto Rossellini and Ingmar Bergman, and starred opposite Cary Grant, Humphrey Bogart and Gregory Peck, in all her beauty, her face lit up by a calm serenity that seems to herald a promising future. It fits well with the festival’s fresh and magical theme music, “The Carnival of the Animals” by Camille Saint-Saëns, arranged by two Swedish musicians, Patrik Andersson and Andreas Söderström.

While Bergman was the President of the Jury for the main competition at the 1973 festival, this year, the Coen brothers jointly take that spot. Joel and Ethan Coen step in as the first duo to head the main Jury, promising a nothing-is-too-strange attitude towards the 2015 selections.

Following his colorful and eloquent performance at last year’s Cannes Film Festival, French actor Lambert Wilson (“Of Gods and Men”) has been tapped again as master of ceremonies for the 68th edition of the festival.

Cannes is screening “Mad Max: Fury Road,” George Miller’s return to “Mad Max” after 30 years, as an official selection out of competition on Thursday May 14 at the Grand Théâtre Lumière. After a gap of 30 years, the hero of the legendary saga returns, as Tom Hardy takes over the Max Rockatansky role originated by Mel Gibson, who gave his blessing and promises that this movie will be non-stop action like you’ve never seen before. The film marks Georges Miller’s return to the realm of action and science fiction films.

As part of the tribute to Bergman, the Swedish documentary Ingrid Bergman: In Her Own Words will be featured in the Cannes Classics section. Check back for more updates on official competition selections and events at the 2015 Cannes Film Festival.