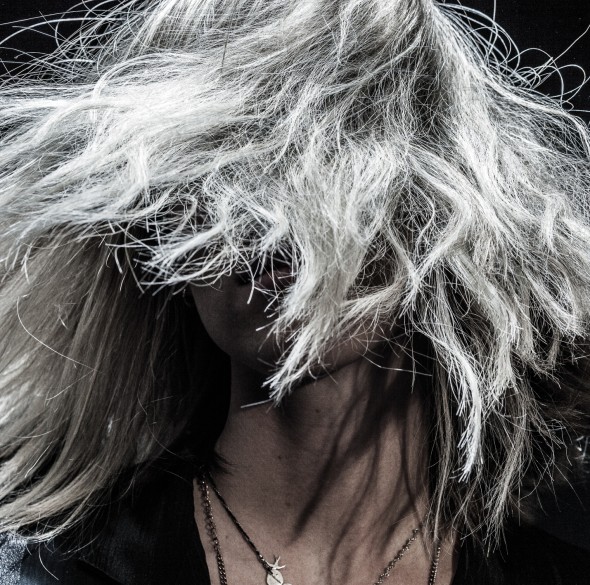 Let’s get this out of the way right from the start: Carmen Villain used to be a very successful model. Her face has appeared on the covers of Vogue and Nylon, and high profile cosmetic ad campaigns. But as the shutter clicks and the palm trees sway, what’s a cover girl really thinking? Most models are expected to remain mutely anonymous, mere ciphers of a commercial brand. But it turns out, behind the scenes, Carmen Villain (aka Carmen Hillestad) was channeling her frustrations into a set of songs with a defiantly DIY underground free-rock sound. Now at last, she’s stepping off the glossy page and emerging as a new songwriting voice and multi-instrumentalist.

Carmen Villain was born in the USA, lives in London, and is half-Norwegian, half-Mexican – a cocktail of ice and fire that can be heard throughout Sleeper’s tempestuous, dreamlike music. Throughout this debut album, lyrics are plastered over loose, abrasive instrumental tracks, on which Carmen plays guitars, bass, drum machines, keyboards and percussion. Sleeper’s distinctive production was halved between herself and Emil Nikolaisen (Serena-Maneesh), who also played drums and keyboards; and she also collaborated and co-produced one track with Prins Thomas, who sequenced the album. Most of the songs are about escaping an unsatisfying world, with references to sleeping, not being present, displacement, anxiety, feeling trapped, but longing for something more.

Carmen Villain’s Sleeper will be released March 12th on Smalltown Supersound. Prior to the album’s release, the label has released two 12″s with remixes by Prins Thomas and Optimo. The “Lifeissin” 12″, featuring the Prins Thomas remix, came out January 22nd. Carmen’s remix of Neneh Cherry & The Thing’s “What Reason Could I Give” was featured as part of The Cherry Remixes, out last fall on Smalltown Supersound.

Recently she collaborated with Norwegian disco mastermind Prins Thomas to create a sweet remix for her track “Lifeissin”. Check it out.

0
The Untitled Magazine February 6, 2013
No Comments Yet