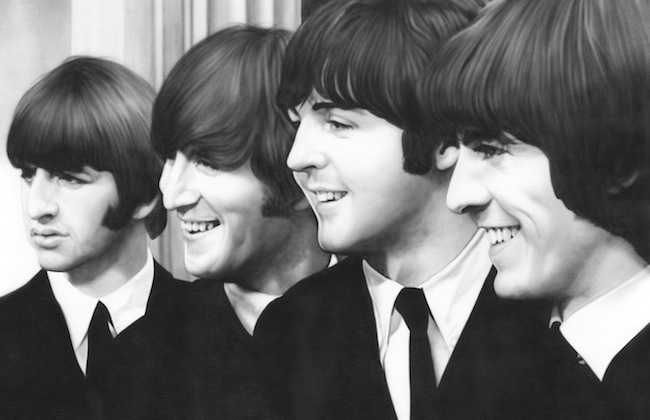 It may be hard to believe that 50 years have passed since the term “Beatlemania” was coined to describe the large amount of attention, fans, and success of the phenomenon that was (and still is) The Beatles. This coming February will mark fifty years since the Beatles came to America and performed on the Ed Sullivan Show, and to celebrate the half-century mark, iTunes has remastered the band’s 13 U.S. albums.

The collection, spanning from 1964’s Meet The Beatles! to 1970’s Let It Be, will be released January 21st by Apple Corps Ltd. Featuring a 64-page booklet with Beatles photos and promotional art, as well as a new essay by American author and television executive Bill Flanagan, the collection is a beautiful gift to fans who have either followed the band from the very beginning, or fans who are just discovering the band. Pre-order is available here.

CBS has also announced that a two-hour special entitled “The Night That Changed America: A Grammy’s Salute To The Beatles” will air Sunday, February 9th at 8pm, exactly 50 years to the day, date and time of The Beatles’ debut on American television. The special broadcast will feature performances of Beatles songs by some of music’s biggest stars.