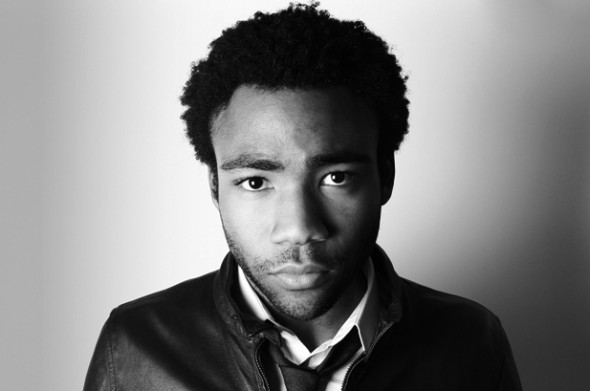 Comedian-turned-rapper Donald Glover, also known as Childish Gambino, has been pretty serious of late. He recently released a promotion video for his upcoming album, Because the Internet, where he stiffly stares ahead in a dirty pool for a couple minutes, leaving viewers to wonder if he’s really good at holding his breath or just actually dead. And last week, he published a string of scribbled notes on his Instagram account that revealed a number of his deepest fears, including the possibility that he may never be taken seriously.

At first listen, his new single “3005,” which was released yesterday and will be featured on Because the Internet, seems to show Glover in a more positive mood. The song’s beat is triumphant with jolty synthesizers and airy strings, and its chorus, which Glover sings himself (who knew?), is about a girl he’ll love far into the future. But on closer examination, Glover’s angst still shows, as he rhymes, “I used to care what people think, but now I care more.”

Because the Internet is expected to drop sometime this winter and will be Glover’s full length since 2011’s Camp.

HAS KATY PERRY GONE TOO CORPORATE?