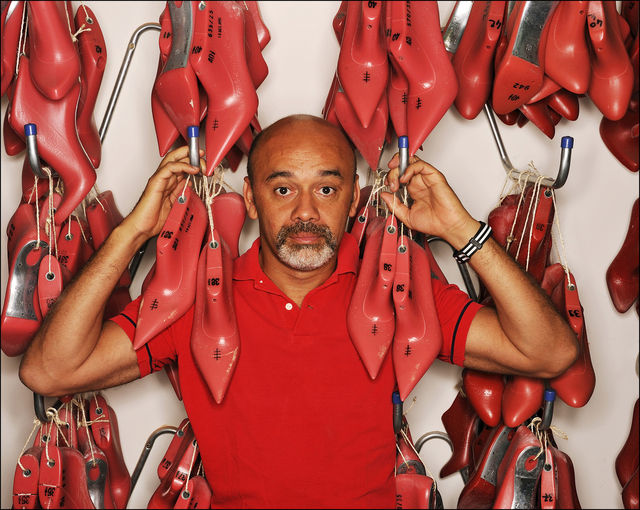 Christian Louboutin has just announced that he will be releasing his own beauty line called Christian Louboutin Beauté, to accompany his hugely popular line of shoes and handbags, which will debut in 2013.  Louboutin will partner with Batallure Beauty LLC to create his line of luxury beauty products.  Although no specific details or image have been released yet, according to Women’s Wear Daily the cosmetics line will include, “multiple, unspecified classifications,” which means Louboutin could be creating anything from perfume, to lipstick, to nail polishes.  Louboutin also told the magazine that he was inspired by the beauty of Nefertiti, particularly her bust at Berlin’s Neues Museum, and that “beauty products…have to do with empowering women,” just like his line of strong, sky-high, sexy stilettos.  One thing’s for sure, Louboutin’s signature red, which he unsuccessfully attempted to trademark earlier this year, will make an appearance throughout the collection of assorted beauty products.  When Christian Louboutin Beauté goes on sale, expect women all over the world to be wearing Louboutin red on the soles of their shoes and on their lips!