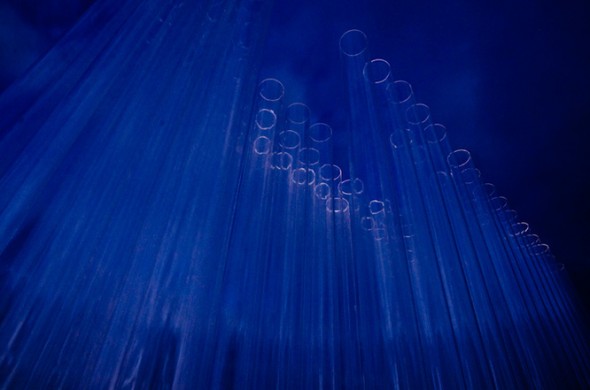 Paul Stolper is presenting ‘Chroma: Interaction of Noise’ evolved out of our interest in the sound of ‘noise’. Its implied redundancy within music and its impact on our perception of the environments in which we live. In ‘Chroma: Interaction of Noise’, we use the colours of noise: white, grey, pink, purple, blue and brown, to shape our perception of the ‘white box’ of the gallery space.

Noise is often identified as the sounds we don’t want, the sounds we would get rid of if we could. In the environment, noise is the intrusion of a car or a plane, the nuisance neighbour or somebody else’s headphones on a train. Through generations of analogue sound recording technologies noise was a ghost in the machine. Like a cloudy pane of glass, the medium of transmission always reminded the listener that it was there: that the system was anything but transparent.

But noise is also a dispassionate description of a sound that has no discernable pitch. When a single frequency within the audible spectrum is heard, we can sing it back, we can call it ‘note’. Any sound in the real world will have overtones: weaker, higher frequencies, mathematically related to the first that lend notes the characters by which we can identify the instruments that play them while still saying a note is an ‘A’ or a ‘G’. Noise though – whether the wind in the trees, the snare drum or the breath that carries a voice – doesn’t behave like this. In noise-based sounds, no single frequency emerges but instead we hear a clump, a band of frequencies.

In ‘Chroma: Interaction of Noise’, these two meanings of ‘noise’ interact with each. The noise recorded on each of the cassettes is, at least at source, an accurate rendering of six contours or ‘colours’ of noise: white, pink, brown (red), blue (azure) and purple (violet). Yet while these six recordings interact with each other within the acoustics of the gallery, they are also interacting with the technology that carries them, for the cassette tape and the 6-watt speaker is no honest mediator of scientifically verified noise colour contours. These machines add a colour of their own, filtering the very high and even the moderately low, and merging the noises inscribed on the tapes with the familiar hiss they always make.

In this way, ‘Chroma: Interaction of Noise’ uses these colours of noise both as the fabric from which to sculpt the gallery space and as the material to make a homage to tape itself: the now redundant technology that brought music to us for so many years, bringing its own distinctive noise to all the sounds it carried.

0
The Untitled Magazine September 7, 2013
No Comments Yet