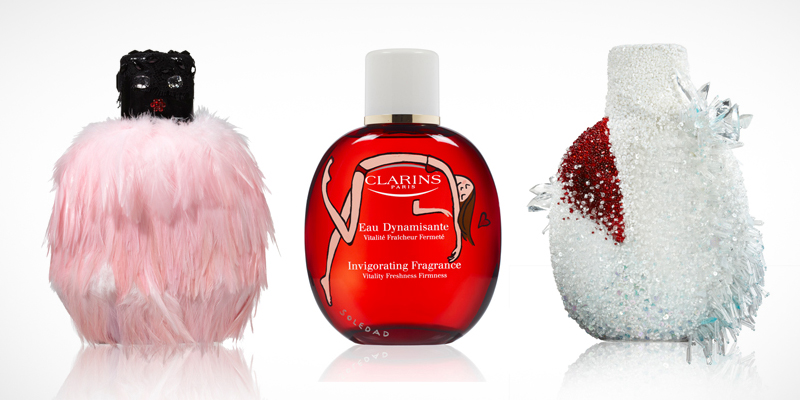 To celebrates their best-selling fragrance’s 25th Anniversary, Clarins had 25 fashion houses, artists, and designers re-imagine L’Eau Dynamisante’s traditional red bottle.  In addition, Clarins has taken over the windows of the high-end Parisian store Colette from May 28th through June 2nd to showcase the 25 original bottle designs.  L’Eau Dynamisante has been a bestseller for Clarins since its inception in 1987, becoming a cult product used by both men and woman.  The bottle designers for the perfume’s quarter of a century celebration include the likes of Chantal Thomass, Pierre Hermé, Jean-Charles de Castelbajac, Fafi, Mugler and Zadig & Voltaire.  After their showcase at Colette, the bottles will be auctioned off with all proceeds going to Clarin’s “Most Dynamic Woman of the Year Award,” which supports women who dedicate themselves to improving the lives of children.  A special collector edition of the perfume is also now available for pre-order from Colette for $48, limited to only 200 glitter encrusted red bottles. 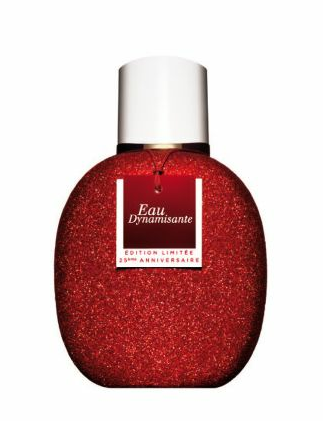