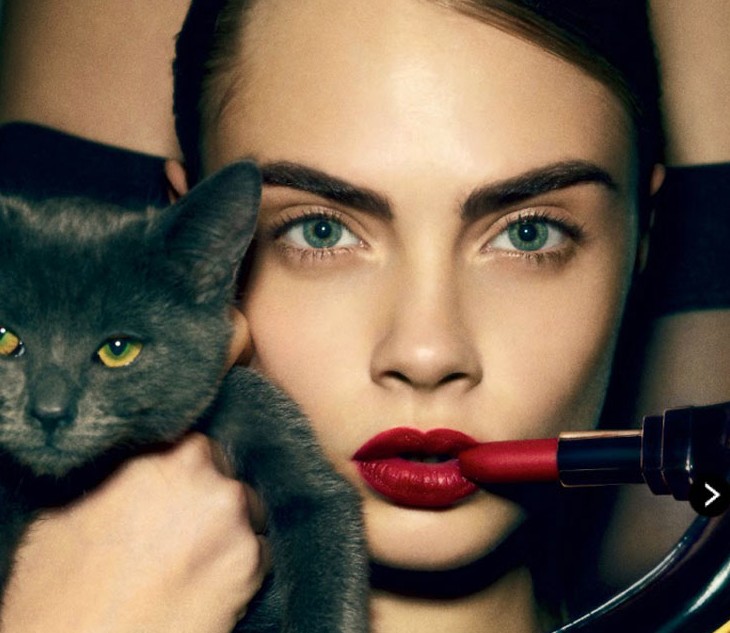 The popularity of fur has unfailingly remained in the fashion industry for centuries. Even when the height of the anti-fur revolution started in the 90s, the concern of millions of animals slaughtered for the sake of needless luxury is here to stay. There was a time around 1994 when supermodels Naomi Campbell, Claudia Schiffer and Elle Macpherson made a stance against fur with PETA‘s “I’d Rather Go Naked” campaign. Although designers and retailers are opting out of fashion for compassion, the crusade has hit another hostile encounter.

A couple of months ago, the news of bunnies used to create angora wares had retailers pulling fuzzy sweaters off the shelves. A German newspaper has recently reported that cat fur is being used to manufacture some of the country’s high-street brands. Animal’s Liberty, an accredited animal protection organization, were the ones who tracked down the culprit. Tom Tailor and Müller, two German retailers, were selling hats and pom-poms that contained feline furs. Tom Tailor, the clothing chain does trades in Austria, Switzerland, and France. Feline fur has been used for decades, from our majestic felines in the wild down to our little kittens at home. This is not the last we’ve heard of the animal cruelty taken in account for these species. “The fur industry knows no limits,”  stated the Animal’s Liberty organization.

According to the organization, the fur most likely came from fur factories in China. It was PETA who put China under siege when they leaked the filming of living angora rabbits, having their fur ripped out for scarves and sweaters. Several major chains including H&M, Zara, and TopShop have all pulled angora products from their stock inventory ever since. In 2009, the European Union made it illegal to import fur from domestic animals. Even though retailers did remove fur off of shelves after the accusation turned out to be true, there needs to be more liability and retribution for ethical fashion.

When the news came out, Müller issued a statement saying that they had immediately removed all cat fur items, while Tom Tailor said, “we deeply regret what has happened.” The confirmation of the two German high-street retailers selling feline fur came about on Christmas – how dreadful.