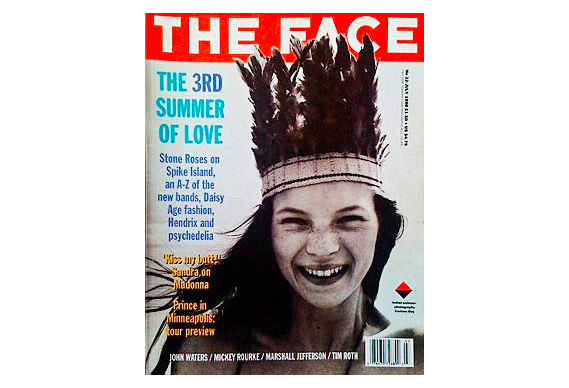 Late British fashion photographer and model Corrine Day, who is credited for discovering Kate Moss in the 1990s, has a retrospective exhibit opening in London dedicated to her early work titled “May the Circle Remain Unbroken.” at Gimpel Fils Gallery. The exhibit and a book by the same name was curated by Day’s husband Mark Szaszy and close friend Tara St Hill.

Day was celebrated for her realistic, gritty and visually honest style which departed from the airbrushed, glossy supermodel norm of fashion photography in the 90s. Day started her career as a teenage model until future husband and filmmaker Mark Szaszy taught her how to use a camera. Day then began depicting what she felt she knew best– the unglamorous private lives of models, who could not afford the lifestyle they were paid to project to the public. As the gallery states, “A young man in a yellow crocheted bikini talks on the phone, a woman wearing only a lampshade kneels on the floor and another man uses chips for fangs. Filled with humour and life where one can almost hear the laughter out of shot, these images of Kevin, Tara, Vinca and George form part of an exhibition of previously unseen photographs of early work by Corinne Day.”

Corrine Day died in August 2010 after suffering from brain cancer for a decade.  The “May the Circle Remain Unbroken” exhibit opens this week at Gimpel Fils gallery in London and focuses on Day’s early work, including previously unseen photographs taken between 1987 and 1996. 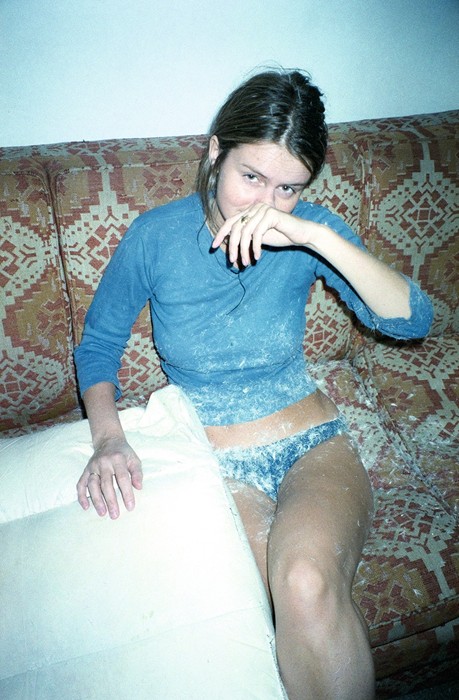 CATCHING UP WITH SHINE 2009 - EXCLUSIVE INTERVIEW