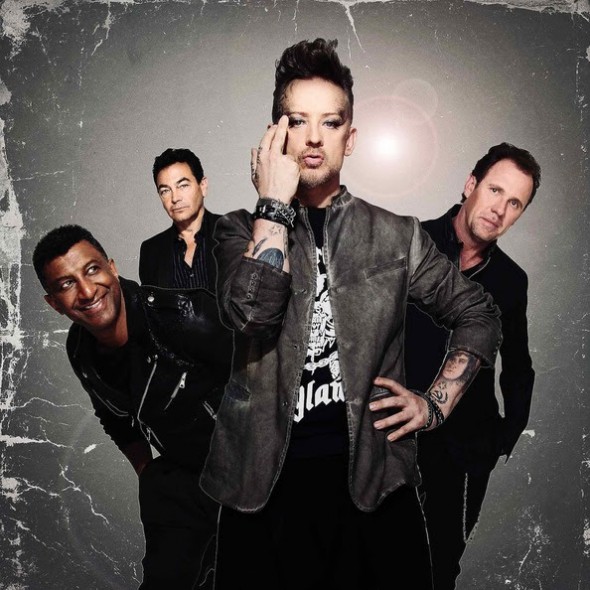 Grammy Award-winners Culture Club announced this week the title of their highly anticipated sixth studio album Tribes, due for release in early 2015 in North America. Tribes was written by Culture Club and produced by esteemed producer Youth (Paul McCartney, The Verve, Primal Scream) in London. The first single from their forthcoming album is titled “More Than Silence” and will be performed by all original members of the band for the first time on national television on November 6th on ABC’s The View. The album is now available to pre-order on PledgeMusic, along with limited signed deluxe albums and exclusive memorabilia.

On November 1st, the band performed new material live at The Los Angeles County Museum of Art for their fourth-annual Art+Film Gala honoring artist Barbara Kruger and Academy Award-winning director Quentin Tarantino. The event was sponsored by Gucci and was co-chaired by LACMA trustee Eva Chow and actor Leonardo DiCaprio, who brought together a room full of distinguished guests from the art, design, entertainment, fashion, and music industries.

With a career spanning over 30 years, Culture Club is without doubt one of the biggest pop bands to come out of the 1980s. The first group since The Beatles ever to have three Top Ten hits in America from a debut album, they are also the first group ever in music history to have an album certified diamond in Canada. It is without doubt Culture Club and Boy George are one of the most cherished and celebrated musical acts of our time. Don’t miss our exclusive interview and cover shoot with lead singer Boy George in the Legendary Issue 7 of The Untitled Magazine. 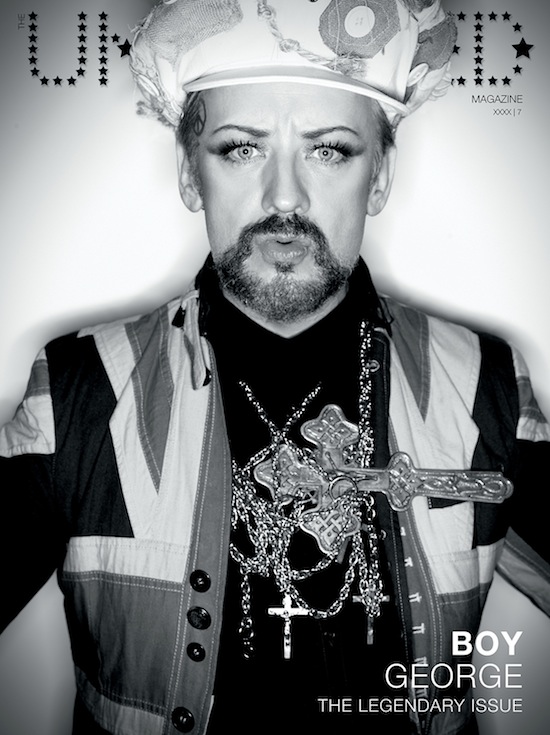 Boy George: Photography by Indira Cesarine for The Untitled Magazine

11/13/2014 UPDATE: The members of Culture Club have announced the cancellation of their tours in North America and the UK scheduled for November and December 2014. After a polyp was discovered in George’s throat, the throat specialist has ordered him to not sing as it may necessitate an operation. The tour is currently cancelled until further notice. Refunds are available at the point of purchase.

“We are hoping we can reschedule the concerts for next year, and hopefully George’s problem will be resolved,” said the members of Culture Club.

Until then, you can listen to “More Than Silence” below: