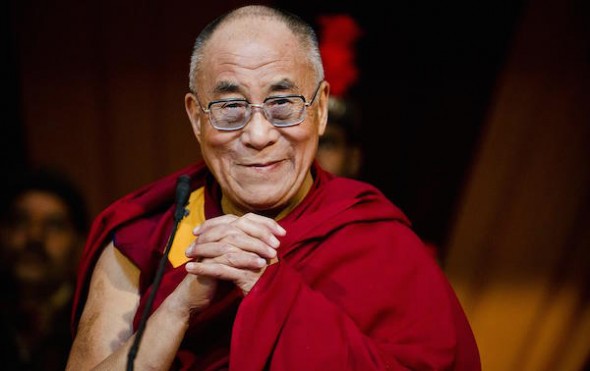 On November 3rd and 4th, 2014, in collaboration with Tibet House U.S. (THUS), His Holiness (his official title), the Dalai Lama gave a lesson on profound wisdom and vast compassion at New York City’s Beacon Theater. Using Essence Of True Eloquence, a historic Tibetan text by Jey Tsong Khapa as his reference point, the Dalai Lama elucidated on how we can more efficiently find and achieve wisdom and “ultimate truths.”

As the head monk of the Gelug school of Tibetan Buddhism, the Dalai Lama is one of the few spiritual leaders in the world who has been able to garner such a universal practice and following. In exile since the 1959 Tibetan uprising, the Dalai Lama has committed the last 50-something years to traveling and teaching about social justice, religious harmony, nonviolence, universal responsibilities, tolerance and compassion. 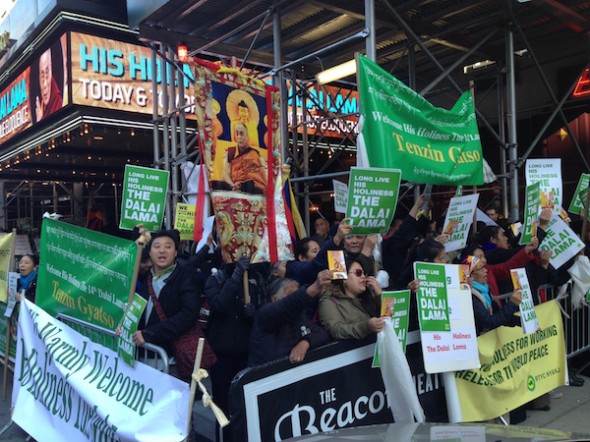 As monks, nuns, and New Yorkers came together inside the Beacon Theatre early this week, hordes of supporters stood outside the theatre chanting “Long Live The Dalai Lama!” Considered to be the 14th incarnation of Valokiteshvara, the Bodhisattva of Compassion and the patron saint of Tibet, the Dalai Lama carries a kind of reverence that exceeds other spiritual leaders’ such as the pope.

What came as a surprise were the hordes of protestors carrying signs that read “Dalai Lama Stop Lying” followed by chants of “False Dalai Lama. Stop Lying!” outside the theatre. The protesters, as THUS notified the audience, were followers of another Buddhist sect called New Kadampa Tradition (NKT). The NKT worship a deity called Dogyal (Shugden,) who the Dalai Lama “strongly discourages Tibetan Buddhists from propitiating the fierce spirit” of. Although the Dalai Lama once propitiated Dogyal, after further investigation of the practice, he renounced it in 1975. The decision to do so include a number of reasons, including its history of contributing to sectarian disharmony in various parts of Tibet. Dalai Lama supporters believe NKT to be aligned with China, and thus, the group holds a strong disapproval of the Dalai Lama.

THUS is a non-profit organization that serves as both education institution as well as a cultural embassy. Founded in 1987, it is the Dalai Lama’s cultural center in the U.S. and its mission is to preserve and present the endangered Tibetan culture.