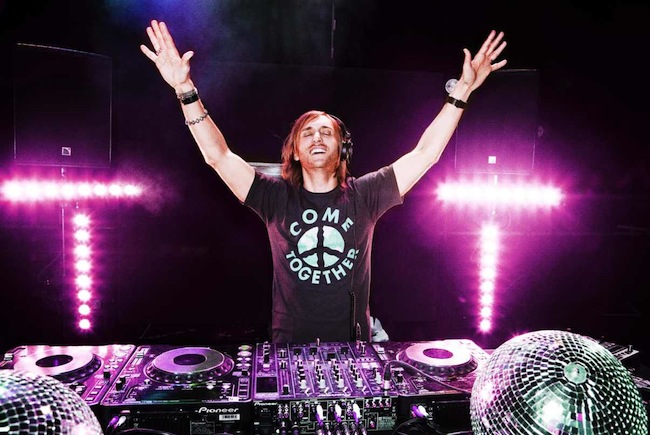 Electric Zoo veteran, David Guetta returns to headline the Main Stage at Randall’s Island Park on Friday, August 29. Having already set a hugely impressive precedent so far in 2014, scooping three consecutive Beatport #1 successes with a trio of meticulously worked, club-focused tracks including “Shot Me Down” and “Bad,” as well as announcing a host of coveted Ibiza residencies and festival appearances, David Guetta is back with news of an eagerly awaited summer single just in time for summer festival season. “Lovers On The Sun”, featuring a standout vocal from rising star Sam Martin, is a testament to how Guetta’s sound has continued to evolve since the release of landmark, Grammy-nominated albums ‘One Love’ and ‘Nothing But The Beat’ and is sure to make a make a big impression on the charts this summer and this Labor Day weekend at the Electric Zoo Festival.

This year Electric Zoo features main Stage headliners including David Guetta, A-Trak, Dada Life, Dimitri Vegas & Like Mike, and Sunday School techno all-stars such as Dubfire and Hot Since 82, as well as indie dance acts Bonobo and Jamie xx — there is something for everyone. This special $79 deal is only available until Wednesday, July 9 at midnight. Buy tickets now!

New single “Lovers On The Sun” is centered around Martin’s excellent vocal, and Guetta, alongside co-producers Avicii, Giorgio Tuinfort & Frederic Riesterer, exhibit just how far their esteemed production skills stretch across the precision-engineered, thoroughly immersive dance music. Shimmering guitar melodies, innovative beat programming and a series of expertly timed instrumental breakdowns give ‘Lovers On The Sun’ the genuine, feel-good energy that only the biggest and best dance records can command. Also showcasing the collaborative side to high-end dance music, not to mention David’s willingness to work alongside some of his favorite contemporaries, “Lovers On The Sun” makes for a compelling record. Perfectly geared towards the summer, it’s a track that underlines Guetta’s ability to elevate electronic music beyond the normal realms of chart-driven possibility and one that already feels like a crossover hit single in waiting.

Having only just released the last of his club transmissions for the year in “Blast Off” featuring Australian producer Kaz James, as well as announcing residencies at both Pacha and Ushuaia in Ibiza, an extensive run of European festival dates and closing out the summer season at NYC’s annual dance music celebration Electric Zoo New York, 2014 is already shaping up to one of Guetta’s busiest year’s yet. Now, with “Lovers On The Sun” also firmly on the horizon, there is scope for 2014 to be one of the most successful yet. Purchase your tickets to Electric Zoo New York here now!

THE JEZABELS RELEASE VIDEO FOR "TIME TO DANCE"