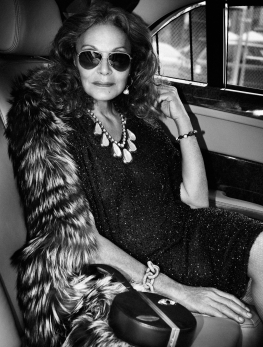 American brand, DVF is searching for an elite brand ambassador and is set to take place in reality television. With Americans attached to their screens for reality TV, Diane von Furstenberg is about to change the fashion reality TV game. While there are many fashion reality shows, (ie: America’s Next Top Model, Project Runway, The Rachel Zoe Project) Furstenberg’s venture is to hunt down an individual to fill the significant role of a brand ambassador. In her transformational docu-series for the next millennial fashionista, it gives the average, diligent individual a fighting chance against the celebrities or It Girls.

A call has been put out for driven fashionistas interested in learning the ins and outs of the fashion industry from one of America’s modern, leading fashion icons of this decade. Aimed to air on a major cable network, produced by Electus (the same company that does Fashion Star and Mob Wives) with planned shoots of 6 to 8 weeks in the spring of next year. Applicants must be interested in fashion, but there are no requirements in terms of education or work experience. Although being a “brand ambassador” is a highly demanded position, the parameters for such a new profession are still uncertain. Now, with such a show, it will be entertaining and informative for most viewers. Let’s just say, it’ll definitely be worth the watch considering it’s none other than Furstenberg and she sure knows how to keep her American fans enticed with her flair.

If you want to take a chance at the position, view below for details. 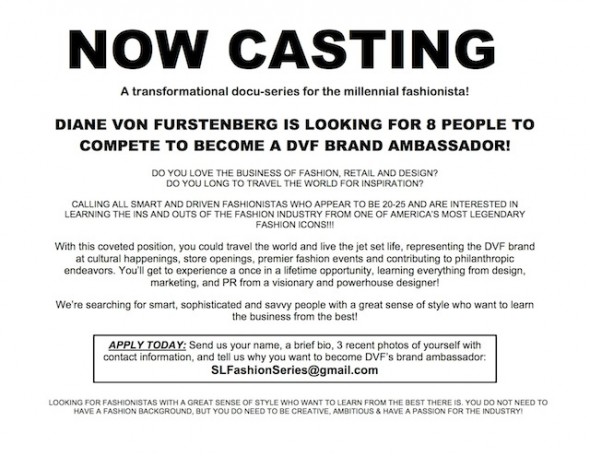