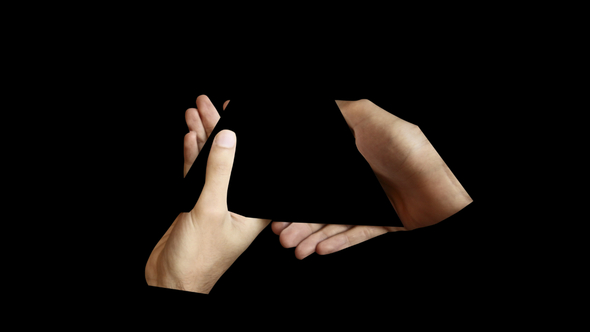 OPEN TO THE PUBLIC NOVEMBER 15 – JANUARY 4

“…there is an idea of a Patrick Bateman, some kind of abstraction, but there is no real me, only an entity, something illusory, and though I can hide my cold gaze and you can shake my hand and feel flesh gripping yours and maybe you can even sense our lifestyles are probably comparable. I simply am not there.” ― Bret Easton Ellis, American Psycho

I simply am not there. The physical space that is Patrick Bateman is a void; the matter within it is a placebo rendered by what is exterior to it. That void is psychotic space; an area of disconnect from reality.

While treating amputees during the American Civil War, neurologist Silas Weir Mitchell wrote -“thousands of spirit limbs were haunting as many good soldiers, every now and then tormenting them”…“nearly every man who loses a limb carries about with him a constant or inconstant phantom of the missing member, a sensory ghost of that much of himself.”

These types of relationships between space, matter and human cognition set the tone for “Disoriented Orientation / Oriented Disorientation.” The sculptures, videos, and works on paper in this exhibition each engage conceptions of space from both psychological and physical perspectives; often these works find themselves at that precarious line between equilibrium and disequilibrium or entangled in the inescapable human urge to locate ourselves in the ever expanding physical and psychological planes of existence.

Brody Condon’s video is an edited compilation of “found performances” made by individuals that have recorded themselves while on a psychedelic substance. The images and sounds from the various clips collected from the internet overlap and combine into one seamless experience, creating a 15 minute pseudo-narrative focused on the exterior surface of their “projection of self” into visionary worlds.

Brendan Threadgill’s work explores the organization of space and the attempts to contort the human body and psyche to these spatial and organizational systems of control. His Schema series of graphite drawings weave together urban planning schemes and military mapping grids in dense patterns that point both to religious and spiritualist iconography and historical and contemporary depictions of the universe. His Ghost Chairs are a series of sculptures made by draping cement-soaked felt over iconic 20th century furniture that is then removed, leaving only a shell of the original form and creating an elegy to the pervasive utopian ideas about living and perfection from that period.

Brendan Threadgill is an artist and writer who lives and works in Los Angeles. His exhibitions have included Mia Kara Numbers Station, LA><ART (Los Angeles), Kevin Appel, Peter Coffin, and Brendan Threadgill, The Suburban (Chicago). Threadgill holds an M.F.A. in Photography and Media from California Institute of the Arts and a B.F.A. from The Art Institute of Chicago. He received a Fulbright Fellowship in 2004-2005.

Tamara K. E. “Everlastingly unfolding dynamic, something ex-static. Potlatch. Anarchy in a new way – to treat this world as one, undivided gulp. Where vital wind of unlimited desire joins pain and pleasure, deprived word and psalm, dark abyss and transparency of the heights of mountains. Here, within this new world castles are built out of boiling magma and we are knights of desire – able to turn colors into substance of seduction. This new desire chants with the most precious lyrics ever: ‘Remember only what you easily can forget.’ Not political, beyond social or linguistic, this is anarchy of (nomadian) consciousness.” — TKE

Elan Greenwald’s video installation adheres to a set of limited, predictable, repetitive set of motions and behaviors. This orchestrated system of images quietly and surprisingly renders a discomforting disorientation and reorientation of its temporal-spatial elements.

Elan Greenwald was born in Los Angeles and works in Irvine, CA. He received his B.A. in Visual and Environmental Studies from Harvard University and is completing his M.F.A. in Critical Theory from University of California, Irvine.

Liz and Kyle von Hasseln “The limbic phenomena commonly associated with the loss of a limb, known colloquially as ‘phantom pain,’ is the genesis of Phantom Geometry — the manifestation of our struggle to understand how one might replace the intimate and conspicuously absent with novel, but affiliated, geometry. We developed a methodology for indexing such a form using light as the medium for information. Resident data are drawn through physical space, at full scale, to instantiate material form through the selective polymerization of proximal photo-responsive resin. This piece, then, begins to investigate a design paradigm centered on the material reification of light and streaming indexical data. This is not a built object in the conventional sense, but rather, an emergent, responsive material rendering of the data representing an anexact body.” – L&KvH

Liz and Kyle von Hasseln live and work in Los Angeles. Before receiving their Masters in Architecture from The Southern California Institute of Architecture, the von Hasselns completed their first year of the Ph.D. program in Molecular Biology, Genetics, and Biochemistry at UCI. In 2012, they received the inaugural Frank Gehry Prize at SCI-Arc.

Sean C. Flaherty’s drawing focuses on a single object excerpted from the cinematic adaptation of Brett Easton Ellis’ American Psycho. The film’s central character Patrick Bateman is a void whose physicality is made palpable only by the objects with which he surrounds himself.

Wharton + Espinosa is open to the public Monday-Friday from 11am-6pm and Saturdays by appointment. Enter Pacific Design Center’s Blue Building through the doors on Melrose, we are located on the second floor near the escalator. After hours or on weekends, please enter through the garage or San Vincente entrances and PDC’s concierge will direct you to the gallery. Valet, garage, and street parking is available.

0
The Untitled Magazine December 5, 2012
No Comments Yet