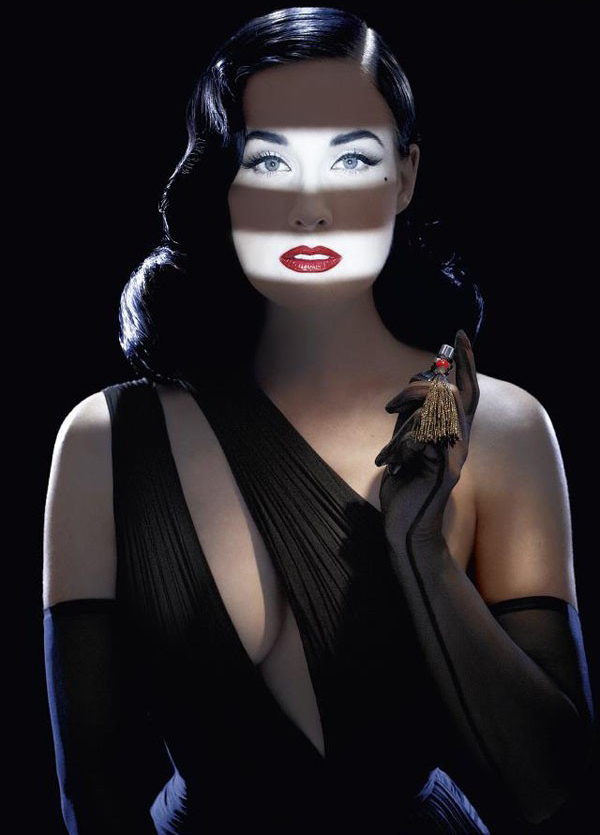 With One Direction’s and Justin Bieber’s now on sale at a Sephora near you, celebrity fragrances oft cater to trend-seeking girls. But femme-fatale-of-all-trades Dita Von Teese has never been one for childish gimmicks, and neither is her latest perfume, Erotique.

This being her fourth fragrance, Von Teese is well seasoned to the perfume market and all the pressures therein. She had a strong image for this scent, and despite encouragements to change her formula for a more mass-market appeal, Von Teese, refused to comply – a confidence, of course, embodied the scent itself. The result is a fleshed-out experience that changes as it lingers, opening up from spicy coriander and black pepper to sensual Bulgarian rose and musk, finishing out with aged notes of cedarwood, Gaiac wood and sandalwood.

As Von Teese described, “It’s carnal, animalistic, and is inspired by vintage erotica, and my obsession with combining the exquisite with fetishism and taboos.”

In addition to being a dancer, model, actress, model, entrepreneur and costume designer, Von Teese is undeniably a modern icon of not just sexuality but of female success. Perhaps this comes from her years of channeling inspiration from classic beauty Hedy Lamarr and androgynous glamazon Marlene Dietrich, whose controls over their own images played integral roles in Von Teese creating hers, as well. Look at how she launched the smoky, mysterious fragrance on Nov. 21 at Fred Segal in L.A. wearing a long, fitted black dress and black leather gloves. With her thick cat-eye liner, matte red lips, flawless white skin and romantic waves of espresso hair, her style is as signature as her stiletto heeled dance moves. 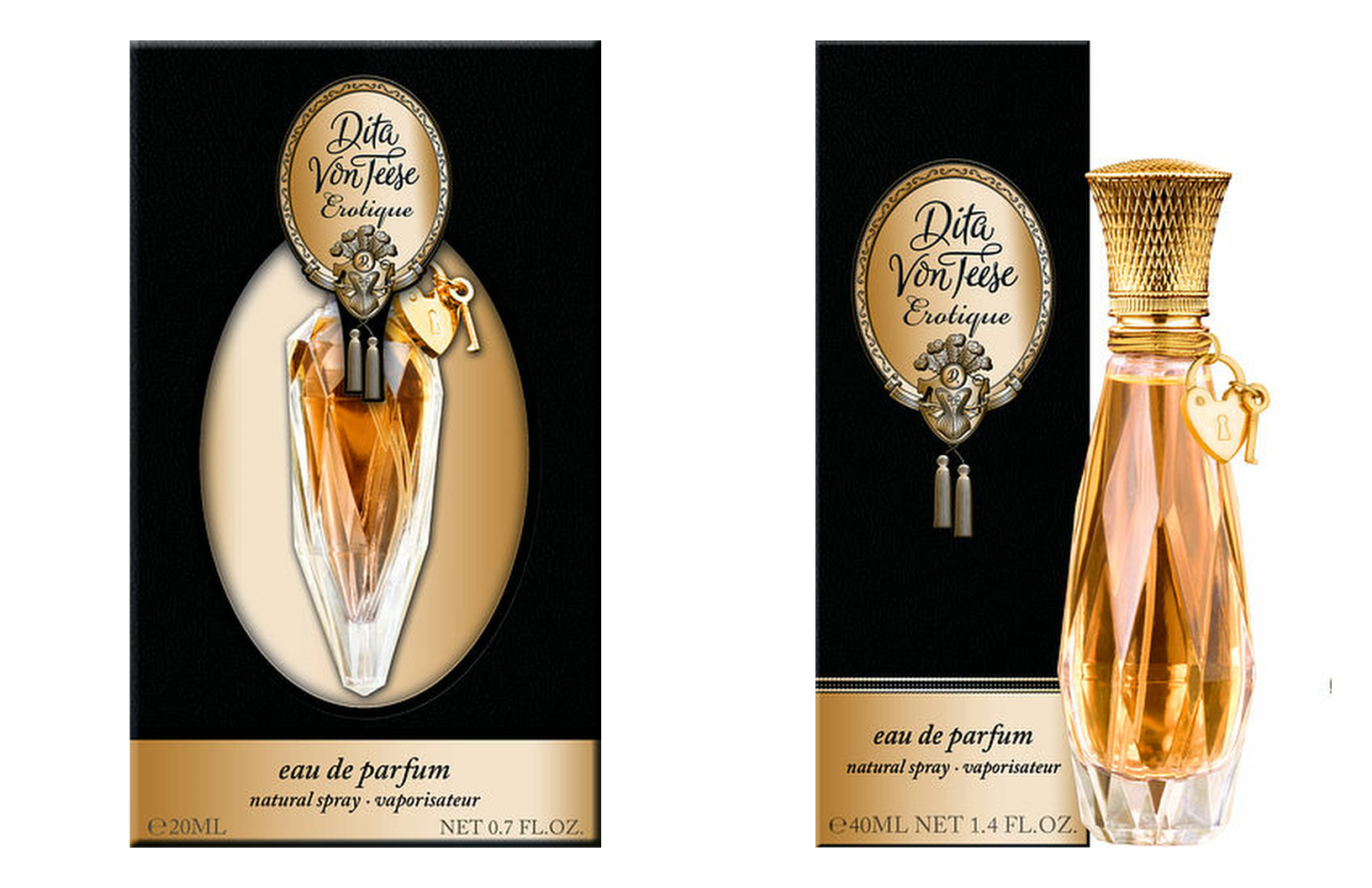 Although infamous for her Playboy features and burlesque routines inside of giant martini glasses, Von Teese is arguably equally famous for her love life, having been married to Marilyn Manson and dated Peter Sarsgaard, among others. And though this scent is undeniably sexy (hence the name), now at 41-years-old, she sculpted this it with an innate, romantic maturity that is more discreetly burlesque than outright showgirl. In a word, sophisticated.

Approach with caution, though the alluring scent is hard to refuse.