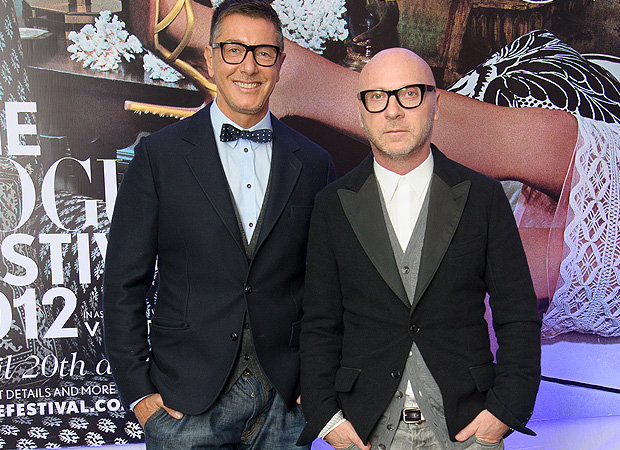 On the heels of London Collection Mens Fashion Week, Domenico Dolce and Stefano Gabbana have been sentenced to one year and eight months in prison for tax evasion of around 40.4 million euros. The fashion duo celebrated their new menswear only boutique opening this past Saturday, June 15, in Central London. The private invitation only event kicked off events for London Fashion Week with their 2014 Tailoring collection.

The court case, four years in the making, was finally resolved on June 19. Charged with “sophisticated tax fraud,” the judge ruled that the duo sold their brands to holding company Gado, based in Luxembourg in May 2004 to avoid taxes on royalties of around 1 billion euros. Gado, an acronym of the surnames of the designers was an attempt to “defraud the state,” which according to Italian tax authorities has been losing billions in undeclared income to offshore locations. Corporate tax rates in Luxembourg are virtually nonexistent in comparison to Italy’s 28% rate.

While many suspect that the duo won’t ever find themselves behind bars, it certainly raises speculation on how the charges will effect their somewhat 250 stores and 3,000 employees across 40 countries around the world. It is at least certain from this example that Italian courts are becoming far more serious about tax charges, particularly those cases dealing with offshore centers.

Despite the negative press, Dolce and Gabbana are headed to Milan Fashion Week to present their main runway collection on June 22 for Saturday’s show at the Metropol Theatre. Coincidentally, it was their October 1985 show at Milan Fashion week that exploded their most recognizable and desired brand.

Article by Kelly Ford for The Untitled Magazine