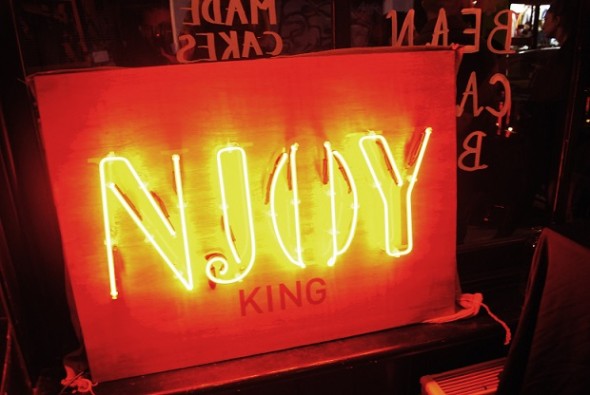 It’s a Friday night in London’s uber trendy Shoreditch. The neon street lamps illuminate the hoards of early evening revellers, the boys in their skinny jeans and girls in their polka-dot frocks, forever in search of cool. Down Cheshire Street, in the heart of Brick Lane, at the very epicentre of the Shoreditch scene sits the Vintage Bean Cafe Bar, a new coffee shop catering to trend setters and seekers alike. It’s bursting with the usual crowd of creatives, wannabe artists, contemporary Byron’s in the making etc, but they’ve come there not because it’s cocktail night, or because it’s “all drinks under £5 until 10 pm” no, they’re there for coffee and e-cigs.

The event was to celebrate UK coffee week, in aid of the Waterfall Project. It sounded like any other event of its kind, but it was the lack of alcohol that made it so refreshing. For once people were able to converse with each other in a friendly, bravado and attitude free environment, which for a Friday night in Shoreditch is pretty unusual. Proving to be massive success, it’s since started other event organisers to think the same way.

It’s hard to really say for definite whether this is a new trend developing, but judging by the size of the crowd and the interest it’s generated from bloggers throughout the city, it looks likely. The event was hosted in part by NJOY, an e-cigarette company, who are quite a fascinating anomaly, instead of courting the juggernauts of pop culture; their interest is in emerging taste makers, who don’t run with the crowd. 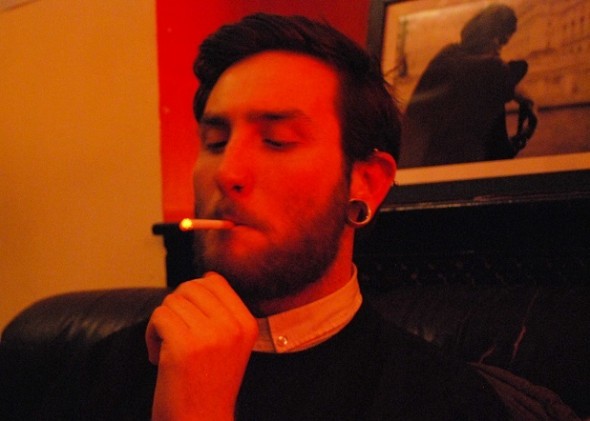 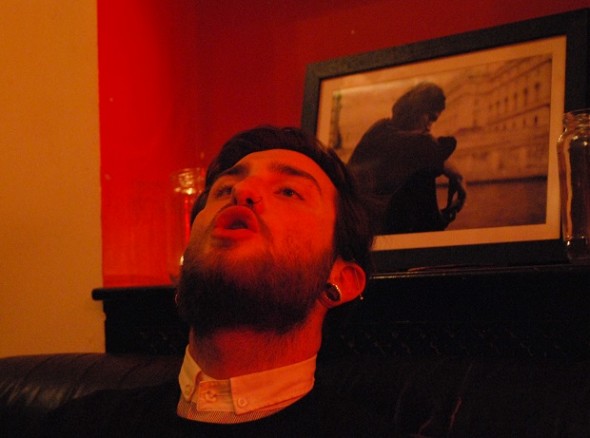 Holly Rose, from NJOY, who also attended the event said “It’s a non traditional concept for sure, a product like e-cigarettes which has now been introduced to our culture, somehow threatens an already existing culture, it’s important for us to engage with early adopters who happen to be creative, our goal was to normalise the product, so we engage with a lot of photographers, filmmakers, general trend setters etc, who are already using our e-cigs on a personal level and incorporating it into their work. So, we see it as a mutual support thing.”

One of the attendees Sophie Ann Rae, 22, a fashion marketing graduate from UCA Epsom said “NJOY’s event was a cool social experience for young creatives like me. I’ve personally decided to try swapping real cigarettes for e-cigs, and cutting back on alcohol, so this was a great alternative to simply going out and getting wasted.”

“I’m in my late 20’s and it seems like my age group is looking for alternatives to what their former lifestyle, and you can kind of see it in numerous “dry bars” popping up in town, and the shift from cigs to e-cigs or the dual usage of the two” says Holly “the growth of coffee and lower alcohol of products, which keep the socialisation of a night out without feeling so guilty or terrible the following morning. Plus there seems to be something quite romantic about e-cigarettes and coffee, so for us it’s an obvious choice.”

So, whether it’s just we’re all soppy romantics at heart or we’re dog tired of getting drunk out of our skulls, coffee and e-cigs is the trendy thing to do.

BELSTAFF PRIVATE SALE: UP TO 40% OFF