Wearing a cast on one arm, the tall British artist outdid herself with her first solo show in Paris.  After breaking her arm prior to her opening, she was forced to finish some of the last pieces one-handed.  Primarily she exhibited glass etched sculptures illuminated by light that depict a variety of subjects varying from human skulls, seahorses and trees, symbols of life and death.  “I combine the most advanced technology with traditional drawing techniques to create these compositions, but my main medium is light.”   The etchings are created out of sheets of glass layered one after the other into a black cased box, sealed with plexi and lit with neon lights from below. Without the light, there is no image. A three-dimensional effect is revealed in the works, a result of the layers of etchings, the combination creating a 3-D glowing ghostly universe.  The exhibit included a beautiful unicorn style sculpture that was more traditional in form, created with a cast of a horse skull and an illuminated shard of glass as the horn, which took Tatyana over 3 years to perfect. The piece de resistance was definitely the magnificent etched glass sculpture exhibited on the 2nd floor of the gallery. Unlike the others which were etched into rather clean neutral-toned glass, this one was glowing with dramatic tones of red and orange, depicting a tree reminiscent of as Tatyana said, “weeping willows of my youth” or “the burning bush”. Exploring notions of fantasy and reality through the medium of light has become her forté.  In her sculptures she plays with notions of perception, appearance and imagination with her organic works that call forth nature and beauty, while remaining utterly modern. 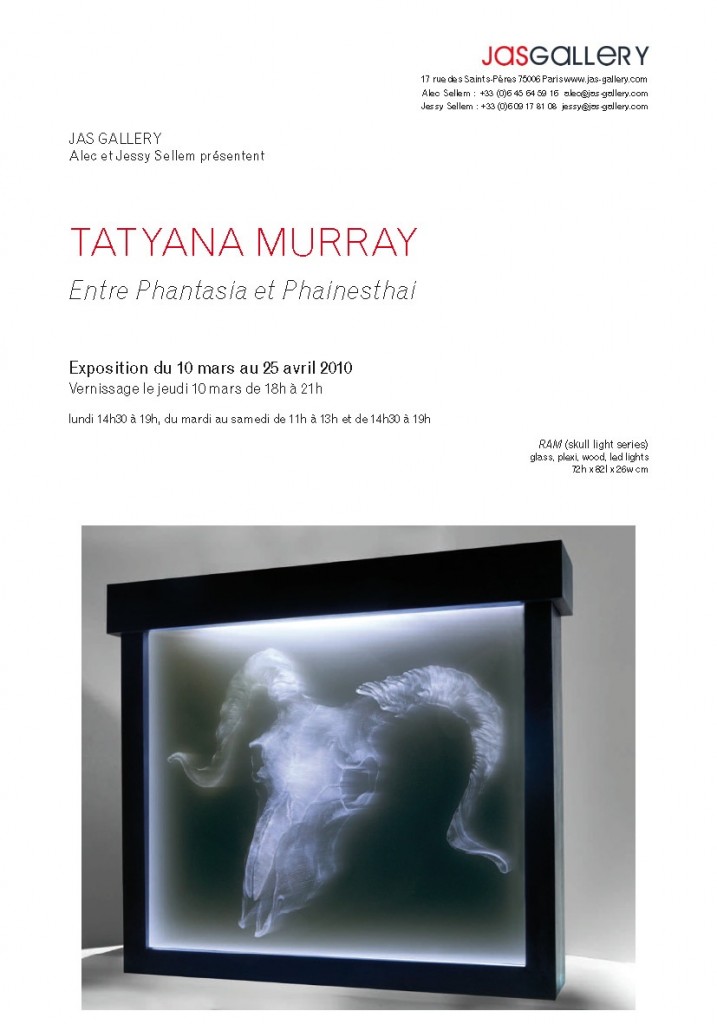