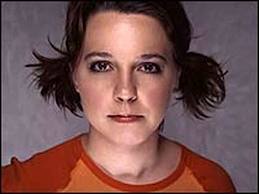 Singer-songwriter, producer, and dedicated activist ERIN MCKEOWN has released her seventh studio album, MANIFESTRA, on her own TVP Records. In addition to praise from NPR, American Songwriter, Impose Magazine, MTV Hive and more, the record is the #24 most added record at AAA radio this year.

MANIFESTRA finds McKeown accompanied by many musical friends, and includes track “Baghdad To The Bayou,” which was co-written via text message with longtime friend Rachel Maddow. A simmering New Orleans cut that addresses injustice from the Persian Gulf to the Gulf of Mexico, the song features guest vocalists Anais Mitchell, Sean Hayes and David Wax Museum.

Having a passion for social justice and a strong interest in public policy, McKeown treats her music as a multi-dimensional way to convey messages, connect with fans, and become a better person. MANIFESTRA is available for purchase on iTunes, Amazon and Erin’s website. Fans will have a chance to see Erin live on her US tour, which includes a stop at SXSW. Be sure to catch her live, and stay tuned for more news coming soon!