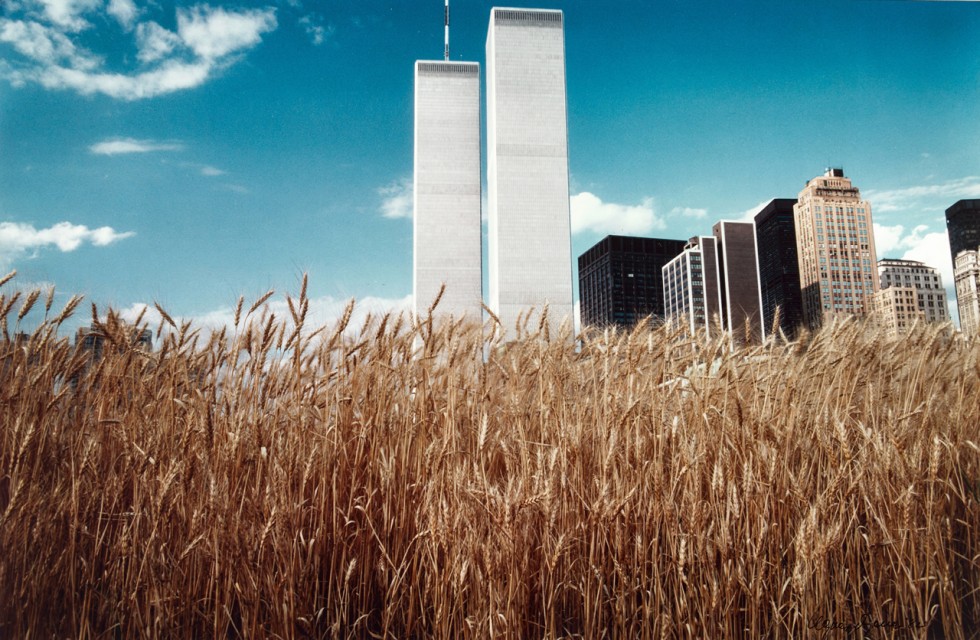 EXPO 1: New York is an exploration of ecological challenges in the context of the economic and sociopolitical instability of the early 21st century. Acting under the guise of a festival-as-institution, EXPO 1: New York imagines a contemporary art museum dedicated to ecological concerns, featuring modules, interventions, solo projects, and group exhibitions that take over the entirety of MoMA PS1 along with presentations at The Museum of Modern Art and in Rockaway Beach.
EXPO 1: New York focuses on some of the most pressing environmental and sociopolitical issues of the day. These concerns are described, examined, and addressed through different modes, including exhibitions of artworks in gallery spaces, educational lectures, interactive experiential environments, experiments in communal living, a prototype garden for educational purposes, and a regular program of moving images.
For the solo and group presentations at MoMA PS1, EXPO 1: New York takes the urgent and pragmatic sensibility of “dark optimism” as its position. Dark Optimism addresses ecological challenges set against the backdrop of economic turmoil and sociopolitical upheaval that has made a dramatic impact on daily life. In response to these global conditions, the magazine and editorial collective Triple Canopy calls for “dark optimism,” an attitude that encompasses both the seeming end of the world and its beginning, one that is positioned on the brink of apocalypse and at the onset of unprecedented technological transformation. Climate change has generated storms, droughts, and floods that occur with greater frequency and severity. Economic volatility around the world has precipitated political action, giving rise to manifestations and uprisings in regions such as Northern Africa, the Middle East, Western Europe, and New York’s Wall Street. Meanwhile technological innovations and novel architectural initiatives offer the tantalizing promise of a brighter future. Recent advancements have facilitated rapid communication—which at times has helped organize political protests—as well as access to information with such ease and volume that it threatens to become overwhelming in scale. The works exhibited in Dark Optimism make note of these paradoxical conditions and the instabilities of both natural and artificial systems.
The position of “dark optimism” encompasses a monographic exhibition of works by Ansel Adams, an American master of photography whose prescient regard for nature continues to resonate today; the re-installation of Meg Webster’s serene ecosystem Pool, which was first presented at the museum in 1998; the group show ProBio that explores technology’s radical and accelerating impact on the body and the human condition; and other projects. The various exhibitions and modules that comprise EXPO 1: New York acknowledge the failures of Modernism’s regard for the environment while finding inspiration in the majesty of the natural world and humankind’s capacity to create a better tomorrow.

MOTHER-DAUGHTER DUOS THAT ARE CHANGING THE WORLD