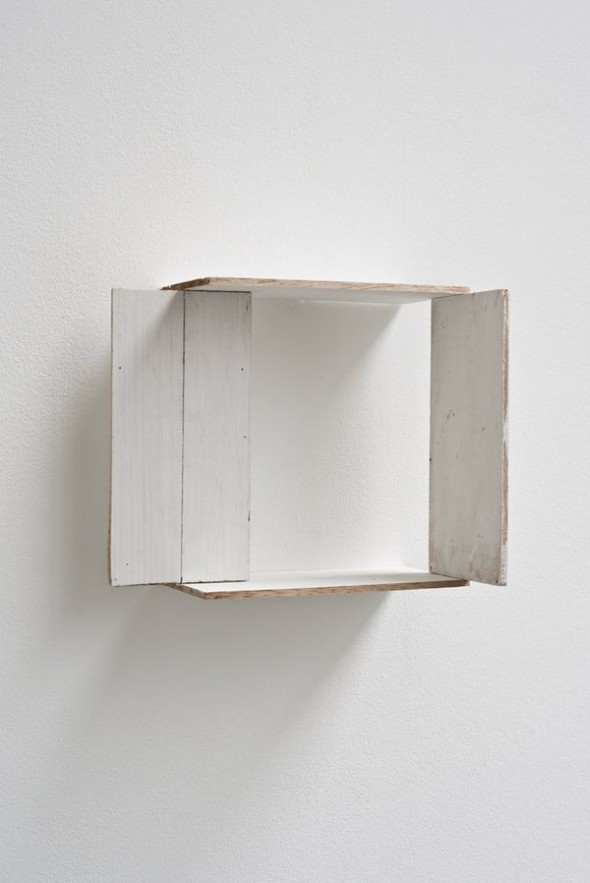 “It’s all about the immaterial… The paradox is that the immaterial must be created from material, it must materialize, which is what really counts: the autonomy of the thing itself.” – Fernanda Gomes, 2013

Employing the same premise as she chose for her recent São Paulo Biennial presentation, Gomes is spending the weeks prior to the opening of her exhibition, making work and editing her practice in the gallery spaces. Building her work in situ, Gomes’s solo show will appropriate the exhibition spaces as an extension of her studio.

Gomes’ work exists between painting and sculpture, avoiding categorization and blurring the boundaries between object and space, light and shadow, composition and dispersion. If the essential geometries of Fernanda Gomes’ installations formally recall an earlier generation of Brazilian art – the modulated space works and matchbox structures of Lygia Clark or the Metaesquemas of Helio Oiticica – they also embody Alberto Burri’s philosophy of ‘truth to materials’ exemplified in the Arte Povera movement. Through Gomes’ choice of materials, be they found objects, pieces of wood or natural materials such as gold and water, she references the poetics of the immaterial and the relationship of form to a whole. Like the Russian Constructivist Kazimir Malevich, Gomes addresses the dissolution of planes in space and her use of white as the only artificial colour in her practice in part references the history of the monochrome. Employing only the organic palette of the colours of existing objects, or smearing white across their surfaces, Gomes highlights the tangible properties of her objects while simultaneously making parts of them disappear.

In addition to her solo show at the Ikon Gallery, Birmingham (2014), Gomes will have a solo show at the Centre International de l’art et du Paysage, Vassivière (2013) and will be included in the Istanbul Biennial (2013).

JOHN VARVATOS CELEBRATES 5 YEARS AT CBGB'S ON THE BOWERY