ART, BERLIN, INTERNATIONAL
May 1, 2012
by The Untitled Magazine
0 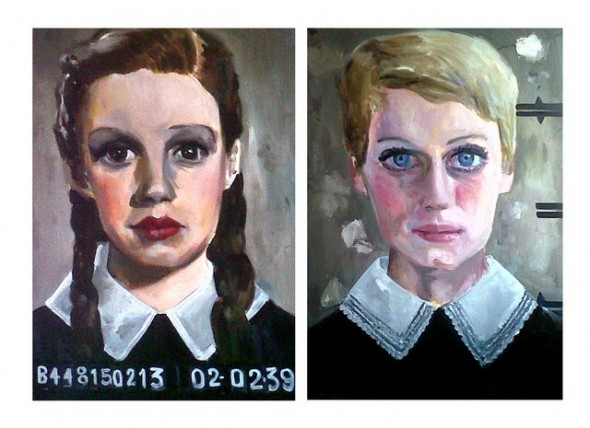 Galerie Gabriel Rolt and Paradise Row have come together to create a new pop-up exhibition at the Mindpirates gallery in Berlin called Fracture.  The exhibition, which includes a divers range of artistic mediums and styles, will coincide with the gallery weekend held annually in Berlin.  The exhibition is focused around the theme of ruptures and fissures, which range from literal physical cracks to the total breakdown of an ideology.  Eight artists will be included in the exhibit, Alberto Garcia Alix, Diann Bauer, Jack and Dinos Chapman, Dawn Mellor, Eva Räder, Conrad Shawcross, Davina Semo, and Ralf Schmerberg.

Alberto Carcia Alix is one of the biggest figures in contemporary European photography, he has photographed life in Spain from the rise of Franco to the present day with a focus on the marginalized members of society.  Diann Bauer works in large-scale paintings and drawings that draws from political rhetoric, mimicking her topic’s immense scope and influence in the size of her pieces, and exploring the collision of language and power.  Jack and Dinos Chapman are a sibling art duo who revel in the utterly bleak and pessimistic, focusing on topics that are culturally considered to be appalling, vulgar, and offensive.  Dawn Mellor’s interactive sculptures attempt to deconstruct the cult of celebrity by fostering an imaginary dialogue between star and fan using black humor.  Eva Räder is a painter who uses her artwork to sort through visual impressions and distill images down to their fundamental elements.  Conrad Shawcross’s sculptures explore the convergence of the physical with the metphysical.  Davina Semo mixes her neo-minimalist aesthetic with materials found in the contemporary, urban environment to create textured surfaces that are at once tough and beautiful.  Lastly, Ralf Schmerberg is a widely known artist and filmmaker and is one of the founding members of the Mindpirates collective.