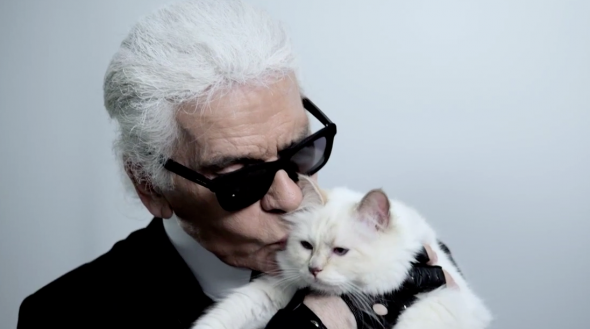 French association, Belle, Ronde, Sexy et je M’assume (translates to Pretty, Curvy, Sexy, and Fine with it), has filed a complaint against fashion mogul, Karl Lagerfeld. Praised for his works as head designer and creative director for two mega-luxury fashion houses, Chanel and Fendi, his throne is being challenged.

Lagerfeld is generally worshipped by fashionistas globally. In his position, there should be boundaries not to be overstepped, for a matter of respect and sensitivity towards your admirers. Lagerfeld clearly does not subject himself to those levels of delicacy, as he’s been making waves with his series of offhand remarks. With no one around to curb his tongue, the degree of restraint is nonexistent.

The complaint, filed at the prosecutor’s office in the western city of Saintes, accuses the haute couture idol of ‘”defamatory and discriminatory comments”. Betty Aubriere, the president of the association, urges a quantity of signatures to retaliate against Lagerfeld’s abusive commentary. 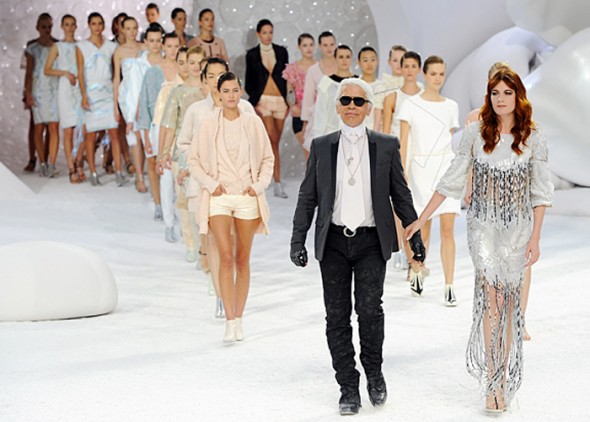 In spite of all the media frenzy of petitions and complaints, (ie: Terry Richardson + Shawn ‘Jay-Z’ Carter) could one presume the reasoning behind the vocal disgust stems from Lagerfeld’s former insecurities? The Chanel designer, more than a decade ago, used to weigh nearly a hundred pounds heftier.

These days, he not only periodically denounces overweight individuals and lauds thinness, he even has publications encouraging his stance. This month, he simply outdid himself when he offered insight into France’s social issues. Imploring that the true reason behind the country’s healthcare distress is due to overweight individuals contracting illnesses. This came after Lagerfeld appeared on an episode of “Le Grand 8” in early October.

“The hole in social security, it’s also [due to] all the diseases caught by people who are too fat”, were his exact words. Following his crude comment, he seized the opportunity to repeat his favorite mantra, “Nobody wants to see round women on the catwalk”.

Clearly at this point, if any self-respecting woman did not clench her fists in fury, for herself or for her gender, then one does not comprehend the tone Lagerfeld has set.

Belle, Ronde, Sexy et je M’assume is striving to prevent young, insecure females from pledging Lagerfeld as ‘role model’. One who makes misogynistic, fat-phobic comments to body shame the full-figured should not be glorified. To be honest, the subject of this defamation, eighty-year-old Lagerfeld, might just chuckle at such an attempt. Bear in mind, he’s made vulgar statements towards many big names in the past, such as Heidi Klum, Adele, Pippa Middleton, and even first lady, Michelle Obama. He’s no Joan Rivers however, the mouthpiece for the Fashion Police on E! Online.

Let’s just see how the story will unfold, maybe the fashion mogul will develop a sense of remorse.