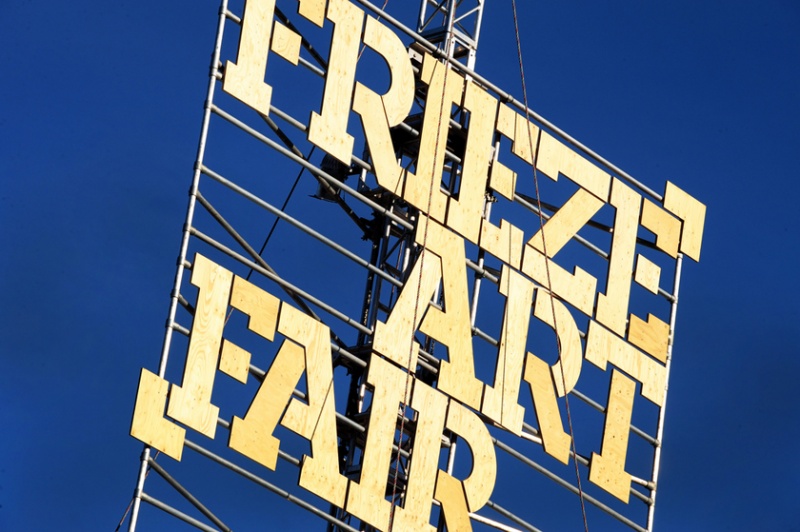 The 11th edition of Frieze London, the international contemporary art fair, takes place in London’s Regent’s Park from 17–20 October 2013.  Frieze London brings 152 of the world’s leading contemporary galleries to the UK.  The Untitled Magazine presents a selection of works featured at this year’s fair – as well as galleries not to be missed when you hit Frieze 2013. 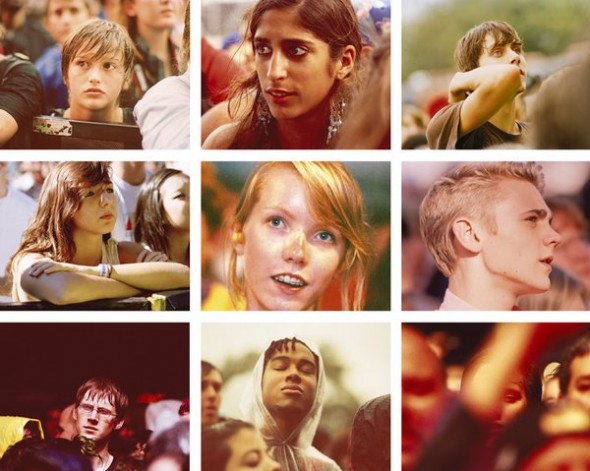 Alison Jacques – London
Stand E7
Alison Jacques returns to Frieze this year with work from 18 artists including Hannah Wilke, Dorothea Tanning, Robert Mapplethorpe, and Ryan McGinley, who was named Photographer of the Year by American Photo Magazine in 2003 and awarded the Young Photographer Infinity Award by the International Center of Photography in 2007. Heavily influenced by his upbringing and submersion in urban subculture, McGinley explores timeless-yet-contemporary themes of youth, identity, and culture. “You and My Friends,” featured above, reflects this deep, personal interest in representing real people at real moments in time and effuse the sense of youthful rawness that McGinley has become famous for photographing. 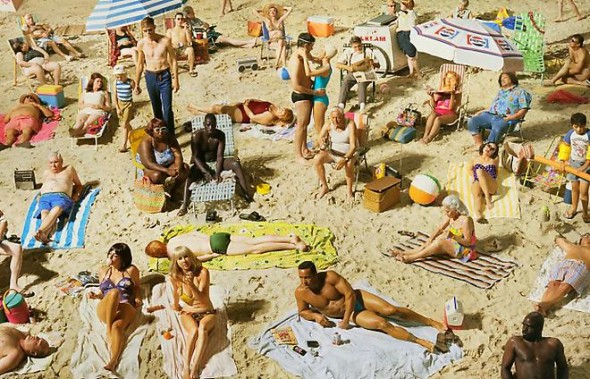 Lehmann Maupin – New York
Stand B13
Lehmann Maupin exhibits new work by Los Angeles-based artist and filmmaker Alex Prager, whose staged, theatrical and cinematic photographs are inspired by a wide range of influences and references, including classic Hollywood cinema and experimental films, popular culture, and a mix of fashion and street photography. Raised in LA, Prager is no stranger to the ambiguous relationship between beauty and superficiality. These influences are evident in “Crowd #3 (Pelican Beach)” (pictured above), which employs body language and vibrancy to an uncomfortable degree, adding a dimension of eerieness to what seems like a picturesque sunny day. Additional highlights in Lehmann Maupin’s booth include work by London-based Shirazeh Houshiary, Tracey Emin, Do Ho Suh, and Berlin-based Robin Rhode. 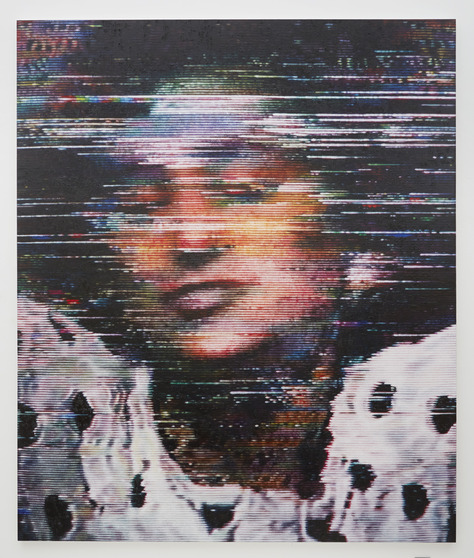 Marianne Boesky Gallery – New York
Stand E2
Moscow-born, New York-based artist Kon Trubkovich has a solo presentation at Frieze this year featuring five of her works. Trubkovich is unique in his choice of medium, studying VHS stills to explore stasis and movement. The distorted works inspire a certain uneasiness and serve as an excellent example of the impact of technology on our experience of time. 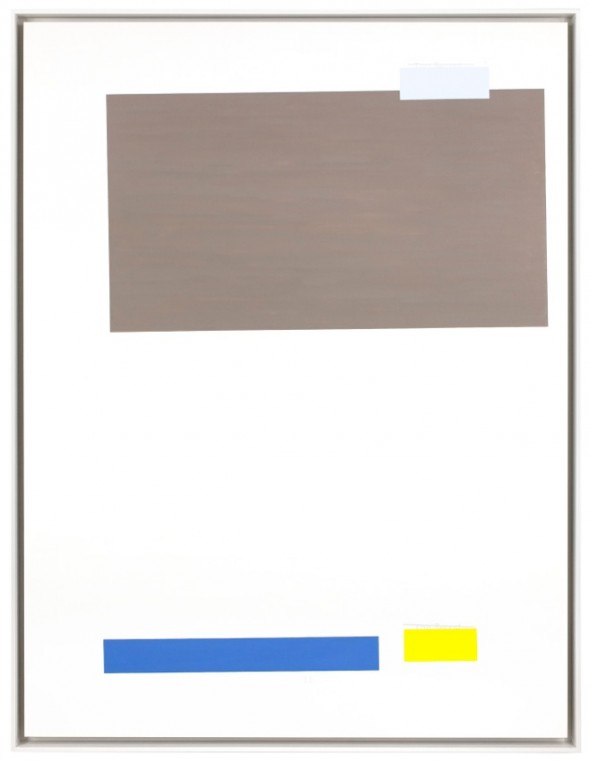 Sprüth Magers – Berlin, London
Stand F4
New York-based conceptual artist Jenny Holzer is a standout artist from Sprüth Magers‘ 2013 booth. Known for her endless variety of artistic medium, Holzer has permanent displays installed all over the world and has collected a myriad of prestigious art awards along the way. Featured here is a selected work from her “Redaction Paintings” series: recently declassified U.S. government memos censored by bright blocks of color. Produced in 2008, The “Redaction Paintings” series is an extension of Holzer’s exploration of ignorance and the relationship between public and private and perhaps even served as a prescient foreboding of the NSA scandal to happen five years later. 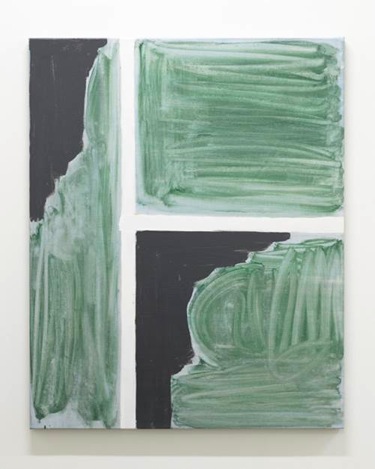 Taka Ishii – Tokyo
Stand E5
Taka Ishii showcases work from major international and Japanese artists, Hirofumi Toyama among them. Toyama observes elements such as line, surface, and palette for insight into the process of painting. Repeatedly working through trial and error, he has drawn blindfolded, for example, to free his lines of artistic intention. His working process reflects his aim to create paintings that stand alone as paintings rather than being a tool for something else and often results in an unfinished appearance, shown here in “corner.” Artists showcased in Taka Ishii’s stand include Yuki Kimura, Yukinori Maeda, Daido Moriyama, Sterling Ruby, Hirofumi Toyama, and Nakaji Yasui, among others. 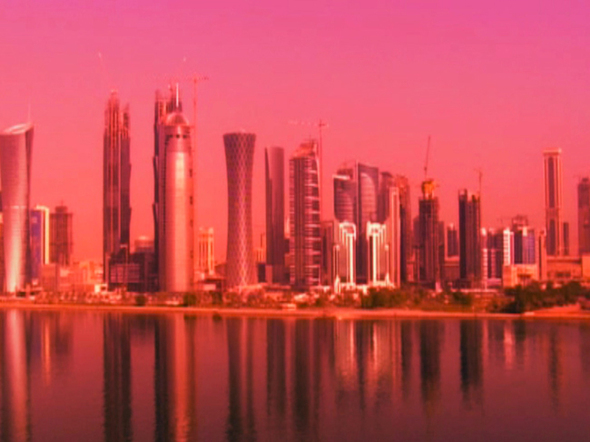 The Third Line – Dubai
Stand G9
The Third Line exhibits works by Rana Begum, Ala Ebtekar, Monir Shahroudy Farmanfarmaian and Joana Hadjithomas and Khalil Joreige and is exploring the themes of Science, Cosmos and Futurism to provide various interpretations in the practices of artists from the Middle Eastern region and diaspora. The works include concepts of sci-fi, space, imagined future timelines as well as sharp, ultramodern usage of the medium. “Bint Scrodinger,” pictured above by Sophia Al Maria, reflects her primary interests regarding the isolation of individuals via technology and reactionary Islam, the corrosive elements of consumerism and industry and the erasure of history through the blinding approach of a future none of us is ready for. Al Maria coined the term Gulf Futurism to cover this rapid explosion of urban expansion, construction, futuristic plans, and over-hyped consumerism in the gulf nations. 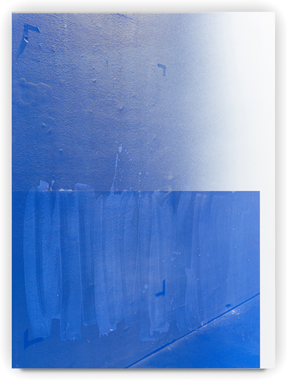 Johann König – Berlin
Stand C5
Johann König showcases work in both Frieze Art Fair and Sculpture Park and Frieze Masters. Pictured above is “Untitled,” the work of Nathan Hydlen, one piece from his “Meanwhile” series which focuses on the suspension of time in observation and tension. In keeping with this theme, the force of the series lies in the passing movement of the viewer in the gallery and, therefore, is not best represented in a single still. Furthermore, Hylden strives to make a statement on the seriality of art based on mechanical repetition and an efficiency in the materials selected: unmixed, standard metallic paint, fluorescent spray paint, stencils, untreated painting surfaces. Each individual work is closely related to a series or a body of works resulting from actions carried out through a long period of time. Through the daily activity in the studio the repetitive gestures become the connecting element between all works. Other outstanding artists include Kiki Kogelnik, who is being featured in a solo exhibition at Frieze Masters at Stand S12, and Jeppe Hein, whose aluminum and steel sculpture is installed at S19 in the Frieze Sculpture Park adjacent to the Art Fair. 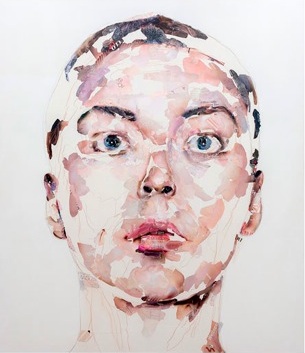 George Kargl – Vienna
Stand E14
Gabi Trinkaus refers to herself as a “media thief.” She cuts up glossy magazines into small pieces, using them as source material for her collages of portraits and city landscapes, a technique exhibited above in “New beginning.” In these makeovers of faces and bodies, Trinkaus generates a superficially perfect form, enticing the beholder into a visual trap, consciously using media and advertising iconography as bait for the first glance. With the help of the collage technique, she creates a Frankenstein-like resurrection of the dissected advertising subject. Like layers of make up peeling away, the faces and bodies seem to dissolve and reveal the mask-like character of our daily life performances. Other artists featured in Georg Kargl’s collection include Clegg & Guttman, Mark Dion, Bernard Leitner, Thomas Locher, Marcel van Eeden, and Gerwald Rockenschaub. 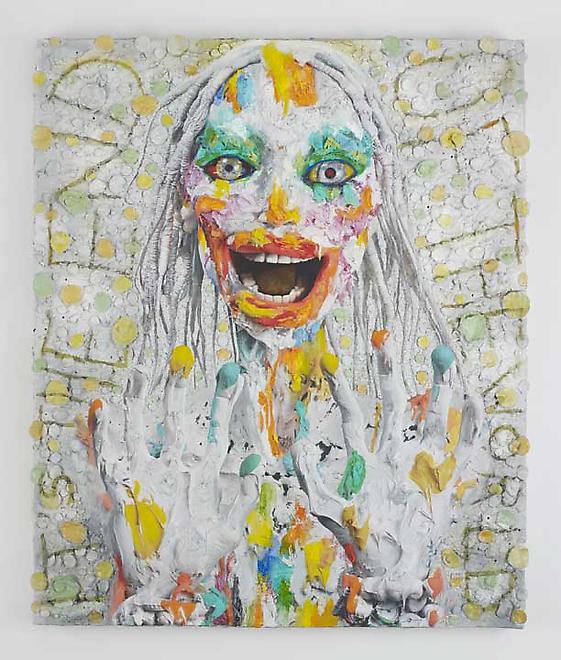 *frieze stand # or city address
*link to official page or frieze page
*image per gallery, including viewing times
*list all participating artists – link to individual artists
*how to format titles of work, include date?

THIS WEEKEND AT THE CMJ MUSIC MARATHON - NEW YORK

YOU WILL NOW GET CARDED TO BUY ART IN THE U.K.