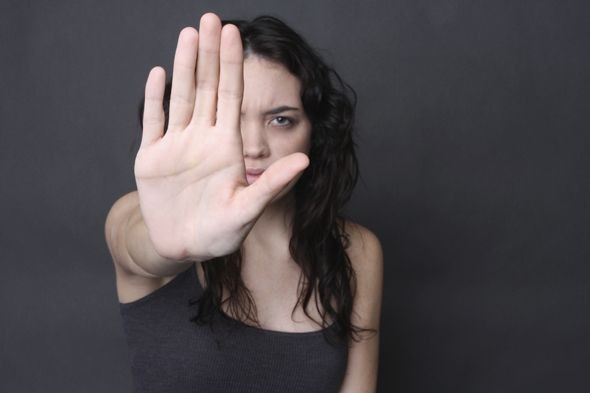 24 -hour bodegas, yellow cabs, green Ubers, high fashion in the subway and… street harassment.  It comes from the corner of Essex and Houston, in the dark of night in Bedstuy, on the A going uptown ; it’s sometimes expected, but never welcomed. For many female-identifying people, the streets of NY go from runways to gauntlets in a matter of seconds. If you’re tired of reading/hearing/talking about #streetharassment—”come on, there must be something better trending!”—just imagine how tired women are of experiencing it.

For those of you not in the know: who are annoyed by all the “hysteria”, or who still think you have a right to express anger at “b*tches” on Tindr who turn you down, here’s a basic breakdown. “Rape Culture“—of which street harassment is but a symptom—stems from the idea that women are sexually available to men, i.e., sexual objects instead of people with their own agency, who should have the right to pick their partners (if any), as well as the right to feel safe physically, emotionally, spiritually, etc.

Rape culture is pervasive in—even synonymous with—the worst parts of our popular culture.  The mentality pervades every facet of life: from music and the media to social conventions, and thus the way people perceive one another.  It lends itself to catcalling, assault, and in more physically extreme cases, rape.  “Rape culture” often justifies these behaviors with a backwards logic about intention: “I was just complimenting her!” or “She should be happy I gave her the attention” which ultimately boils down to an animal desire to establish dominance.  It is, as Jamia Wilson (Writer/Feminist Activist) says: “De-humaniz[ing].”

The internet has added a new element to rape culture: it has made it more visible while allowing perpetrators to be more invisible as well. There have subsequently developed digital methods of resistance, which all essentially come down to the ideas of communication and community. Using the internet as a platform, people have been able to expose, deconstruct, and discuss rape culture with a wider reach.  Two trending movements are the #YouOkaySis? Hashtag on Twitter, coined by Feminista Jones, and the Hollaback! Movement.

Where Rape Culture and its perpetrators seeks to dehumanize and isolate in order to dominate, these movements involve speaking out, sharing your experiences with people (to humanize and connect) and reaching out to others by asking a simple question in order to de-escalate: “Are You Okay, Sis?” They use the internet as a springboard for radical change in real life.

In the course of street harassment, verbal harassment can range from innocent-sounding admiration to outright lewd commentary; but both can have the same endgame. Up front, a crude comment is rude and hurtful. Yet, beneath a simple  “Hey beautiful, how are you doing?” lies a demand for attention, and an act of entitlement to someone else’s personal space, energy, and/or time.  What these kinds of movements teach is that this power can be turned.  Similarly, beneath a simple “Are you okay, Sis?” lies the acknowledgment that you are there, that you see the perpetrator and the victim, and that you know what is happening.

In a culture where “seeing” is synonymous with “knowing”, and in speech, there is power, the simple acts of asking someone that question in a situation, or by telling each other our stories, allow us to give testimony and bear witness.  Movements like these allow us to subvert the typical narratives about these situations and the culture of fear surrounding them, and actively move towards a #betterworld.

So how do we effectively change things? We continue the conversation, whether or not it falls on deaf ears; we make our intentions and message clear in order to expose others’ intentions.

Like a hashtag movement, 2-D artwork can at first appear passive.  It can be hard, in a society where misogynistic phrases and gender violence are embedded in our everyday language (I raped that test/ I’m so angry, I’m gonna violate her/ Don’t be a pussy!) to discern how to fight back verbally, when every word or look can be twisted and taken as an invitation for unwanted attention.  But art with a purpose, like Tatyana Fazlalizadeh’s street art series, “Stop Telling Women to Smile,” stares the viewer down with a direct gaze and an even more direct message: Women are not here for your pleasure.

Fazlalizadeh’s wheatpaste project takes a direct approach that cannot be mistaken, whatever language you speak. The women in the pictures are not mysterious Mona Lisas.   They are not being coy, and their message is not enigmatic.  It’s quite clear: They See You.