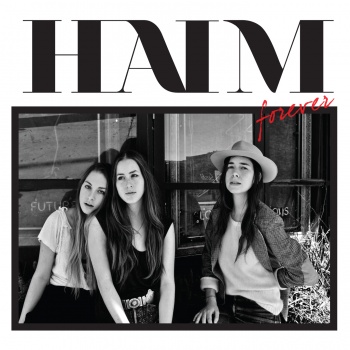 LA sister trio HAIM, recently deemed “Sound of 3013” by BBC and “Band to Watch in 2013” by Teen Vogue, Black Book, LA Times, LA Weekly, as well as in The Untitled Magazine‘s Music Issue – will soon be returning to the US for some Festival tour dates. Currently on tour with Rihanna overseas, Haim will be making appearances at some high profile music festivals including Governor’s Ball, Bonnaroo, Firefly, Lollapalooza, and more.

Alana, Este and Danielle Haim grew up in a family band, influenced by Kate Bush and Stevie Nicks as much as 90’s R&B like TLC. They self-released their Forever EP after making their SXSW debut last year, and were hand picked by Mumford & Sons to tour with them on their Gentleman of the Road tour during the summer, joining them again this past February for a set of Northeast dates. Rolling Stone called their recent performance at the Henry Fonda Theater, “exhilarating…folkie harmonies over R&B rhythms, spiced up with bursts of New Wave keyboards and improbably epic guitar solos. The HAIM sisters commanded the stage with the boho confidence of three clones of Jessa from Girls.” They’ll be releasing their debut full-length on Columbia Records this fall.

Check out the video for their song, “Falling.”