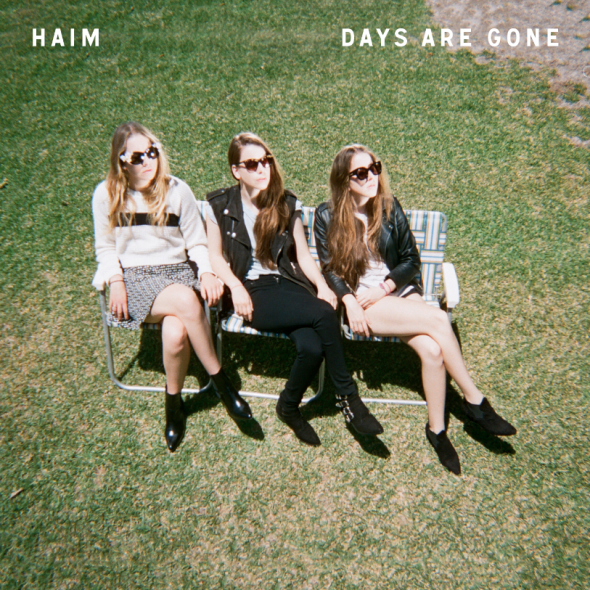 Breakout band HAIM will release their highly anticipated debut album, Days Are Gone, on September 30 via Columbia Records, available today for pre-order on iTunes (iTunes.com/HAIM). Recorded mostly in HAIM’s native Los Angeles, the album sees sisters Este, Danielle and Alana Haim working alongside acclaimed producers Ariel Rechtshaid (Usher, Vampire Weekend) and James Ford (Florence and the Machine, Arctic Monkeys). Days Are Gone will feature crowd favorites “Falling,” “Forever,” and “Don’t Save Me” as well as brand new tracks that have yet to air live, including title track “Days Are Gone,” which was co-written with Kid Harpoon and Jessie Ware (see below for full track listing).

The Southern California trio has attracted a surge of industry attention since releasing their EPs Forever, Don’t Save Me and Falling.  In the UK, HAIM have impressively become the first female American act to ever win the BBC’s Sound of 2013, an annual poll of industry leaders to identify the most promising new music talent.  This award has been a reliable indicator of success in recent years, with Ellie Goulding and Jessie J being named the winners in the past.

HAIM’s electrifying live performances, including sold-out headlining shows at Los Angeles’ Troubadour and New York’s Music Hall of Williamsburg in addition to festival appearances at SXSW, Lollapalooza, Bonnaroo, Firefly and Governor’s Ball, have made waves on both sides of the Atlantic.  HAIM have been asked to support the likes of Phoenix, Florence and the Machine, Mumford and Sons and Vampire Weekend on tour. Later this month, HAIM will embark on a headlining North American tour with stops in New York, Boston and Los Angeles, among others (see below for full US tour dates).

Don’t miss The Untitled Magazine‘s exclusive interview with HAIM, in the Music Issue 6, on sale now in our online store.